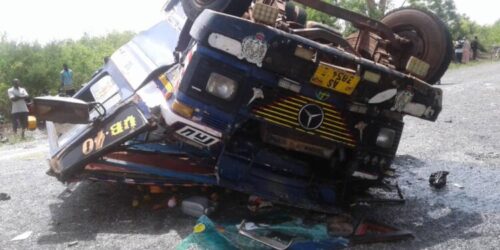 A female fire officer stationed in Salaga, FW Moale Cynthia, lost her life in an accident on the Tamale-Salaga highway on Thursday, June 3, 2021.

A Salaga-bound Benz bus with registration number AS 3854 – E, in which she was travelling, somersaulted near Fuu in the North East Gonja District, killing her on the spot.

Several other passengers who were injured were rushed to the Tamale Teaching Hospital where they are receiving treatment.

It is unclear what caused the accident, but some passengers say the driver of the bus handed over to a second driver when he felt dizzy.