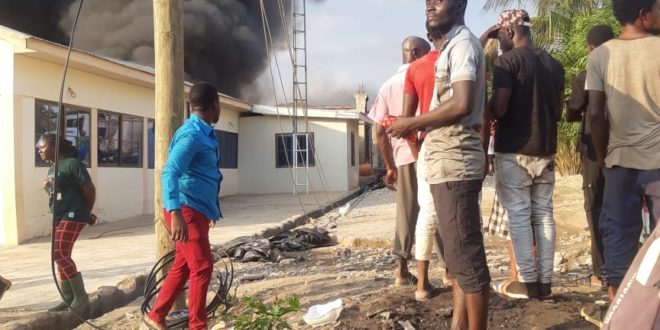 Fire has razed down four houses including a rubber manufacturing factory at Kronom-Kyerease in the Suame Municipality of the Ashanti Region. 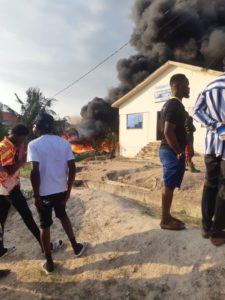 One of the houses destroyed by the inferno is a church building which was near the factory. 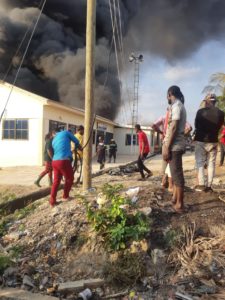 The house where the fire reportedly begun, according to report was an eight bedroom house which has been turned to a  rubber manufacturing factory in that residential area and has been operating for years.

The unfortunate incident occurred in the afternoon of Saturday , August 6, 2022

OTEC News’, Kwame Agyenim Boateng reported that the landlords and residents could not salvage any property from the inferno.

The fire accoding to eye witness was soo strong that four fire tenders was not enough to douse the fire after over three hours of trying to quench it.

“I was attending church service when i received a call that our house on fire, and I had to rush here. I have lost everything”. A witness told OTEC News.