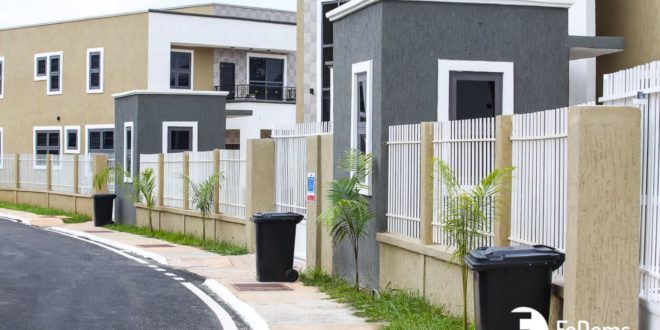 Share
Fedems Limited, a Ghanaian-owned engineering consultancy and construction company, in partnership with Construction Ambassadors Limited, Modern International Developers (MID) and Superior Royal, have completed the construction of an ultra-modern residential complex for Court of Appeal judges in Kumasi.
The project was executed within eighteen (18) months beginning 20th April, 2021.
The residential complex will serve as permanent residences for Court of Appeal judges based in Kumasi and who are mandated to handle cases in the northern part of the country. The project is a gated community of 20 units of four-bedroom town houses with boys’ quarters, a swimming pool, a guest house, a club house and a tennis court.
The complex also has another gated community of six units of three-bedroom houses with boys’ quarters, a parking lot for the directors and other supporting administrative staff members of the Judicial Service.
Other facilities incorporated in the complex are judges bungalows, apartments, guest house, club house with a road network and ancillary facilities.
It means that appeals from Upper West, Upper East, Savannah, North East, Northern, Bono, Bono East, Ahafo, Western North and Ashanti Regions will be conveniently heard within a much shorter period as judges will be permanently stationed in Kumasi.
Performing the commissioning ceremony on Monday, October 17, 2022 in Kumasi in the Ashanti Region, President Nana Addo Dankwa Akufo-Addo gave a firm assurance to do more for the judiciary to advance the rule of law in the country.
“We will continue to implement policies that will advance the rule of law and, thereby, reinforce the confidence of the people in a country governed by the rule of law,” he underscored.
He commissioned the project in the presence of Asantehene, Otumfuo Osei Tutu II, and the Chief Justice, His Lordship Justice Anin Yeboah, and immediate past Chief Justice, Her Lordship Sophia Akuffo.
He was hopeful that the residential complex will motivate the judiciary to work even harder to promote justice and the rule of law in the country.
“Government, since the assumption of my office, has introduced a number of policy measures to help bridge the technology gap in the administration of justice.
…We launched the e-justice system, which is leveraging technology, in the delivery of justice,” he indicated.
According to the President, his government was also addressing the challenge posed by the inadequate number of courts in various parts of the country.
This, he said, the government was doing by constructing 120 courts and 150 bungalows for the judiciary across the country.
70 per cent of these ongoing projects, he stressed, were completed.
President Akufo-Addo, therefore, urged the Chief Justice, His Lordship Justice Anin Yeboah, to take over the Kumasi residential complex for Appeal Court judges and post officers to begin working with “immediate effect.”
He however, lamented the situation where citizens in parts of the country are compelled to travel long distances to gain access to the courts.
This, he intimated, weakens the rule of law.
President Akufo-Addo expressed his government’s appreciation to the Asantehene, Otumfuo Osei Tutu II, for his immense support for the project including his “generous donation” of a 7-acre land for the project.
He also commended the Administrator of the District Assemblies Common Fund (DACF), Irene Naa Torshie Addo, the Chief Justice, the immediate past Chief Justice, Mrs. Sophia Akuffo, the Ministry of Local Government, Decntralisation and Rural Development (MLGDRD) and the contractors for their efforts in ensuring that the project was delivered on schedule.
The Chief Justice, His Lordship Justice Anin Yeboah, asserted that the newly completed residential complex for Court of Appeal justices in Kumasi marked an epoch in the history of the judiciary.
He admitted that the judiciary’s journey has not been smooth sailing, albeit they have worked to improve the legal and constitutional framework within which they operate. 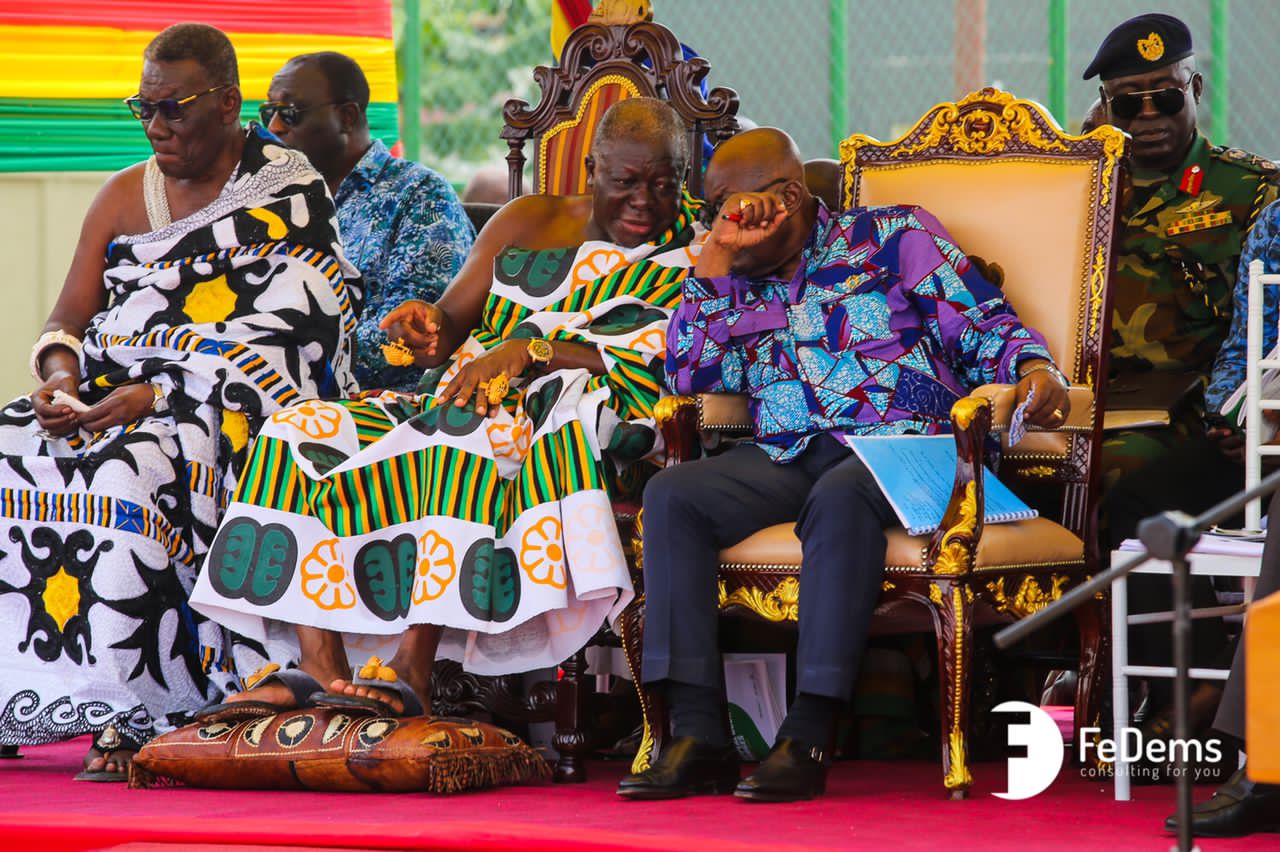 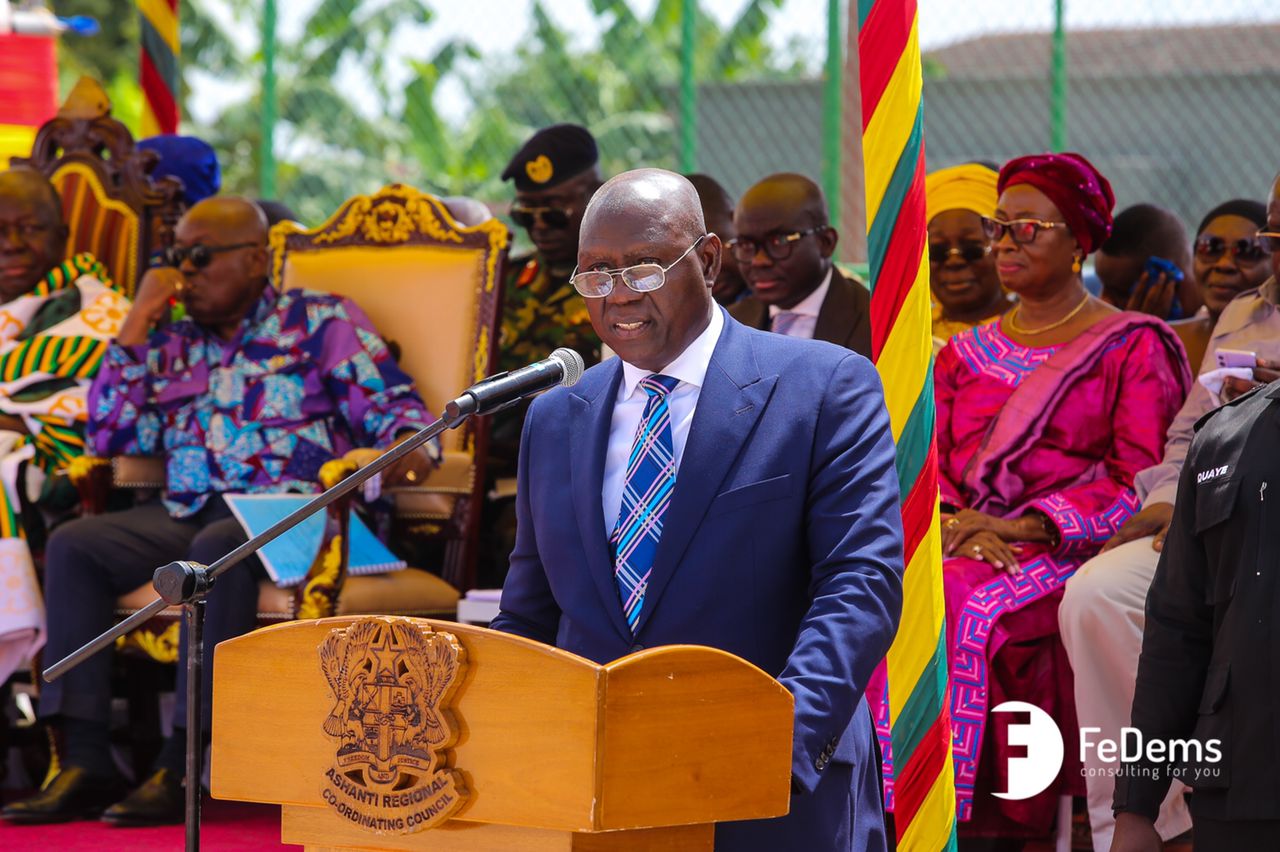 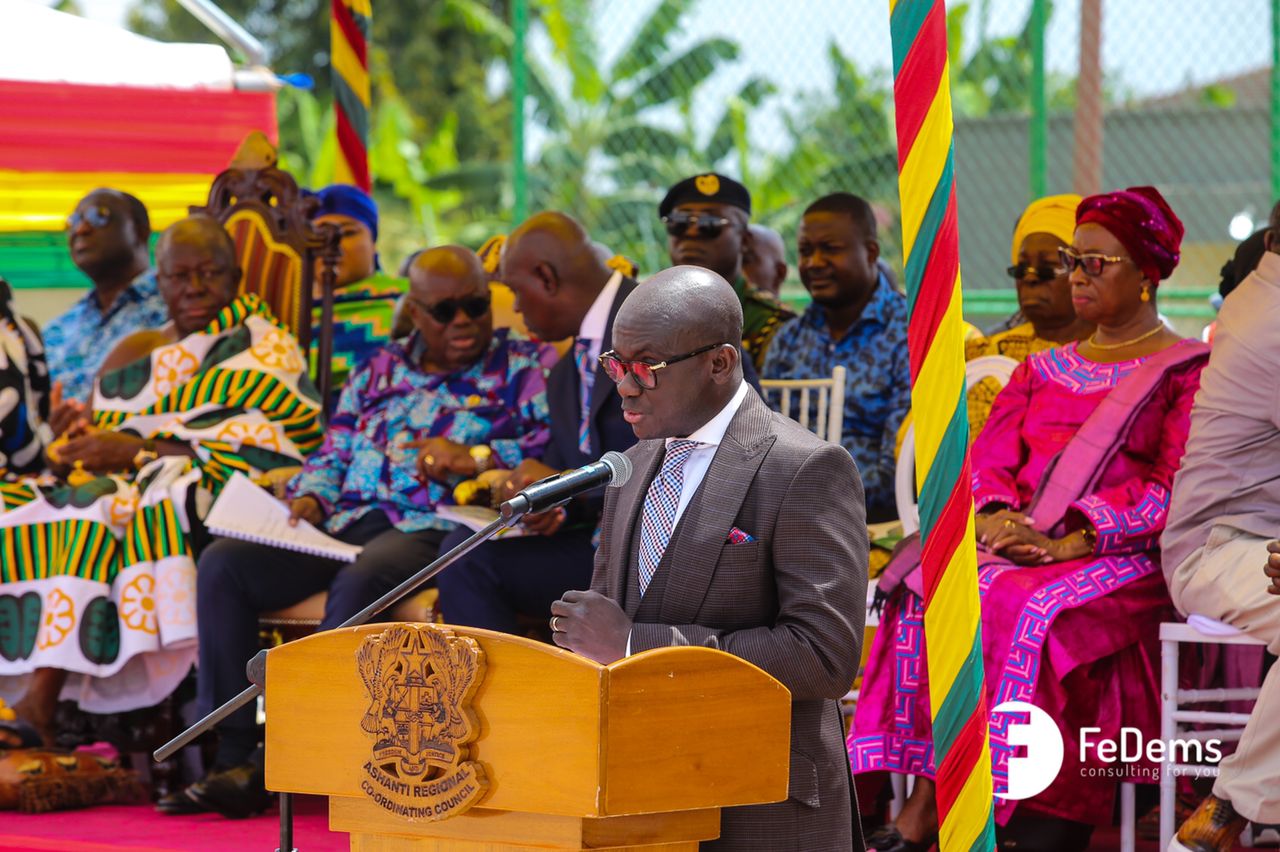 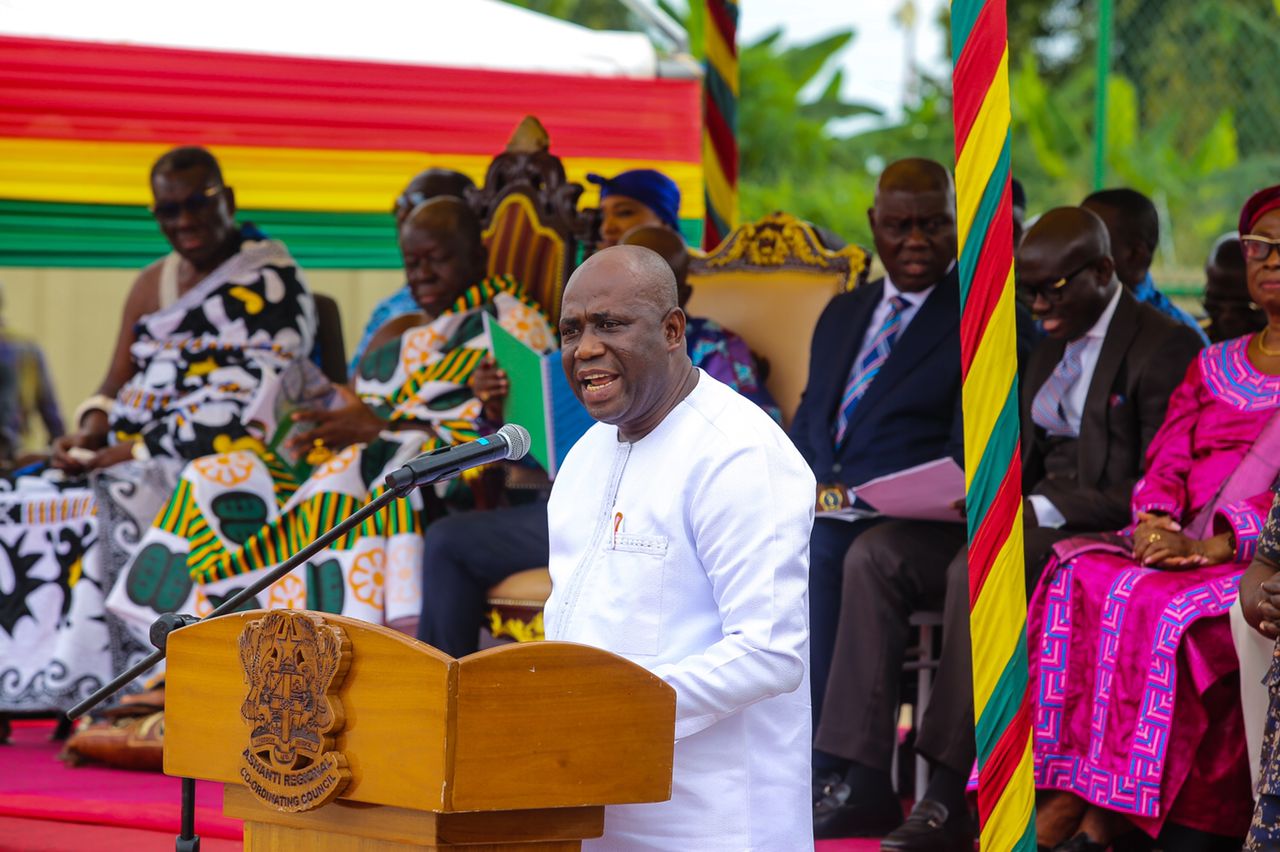 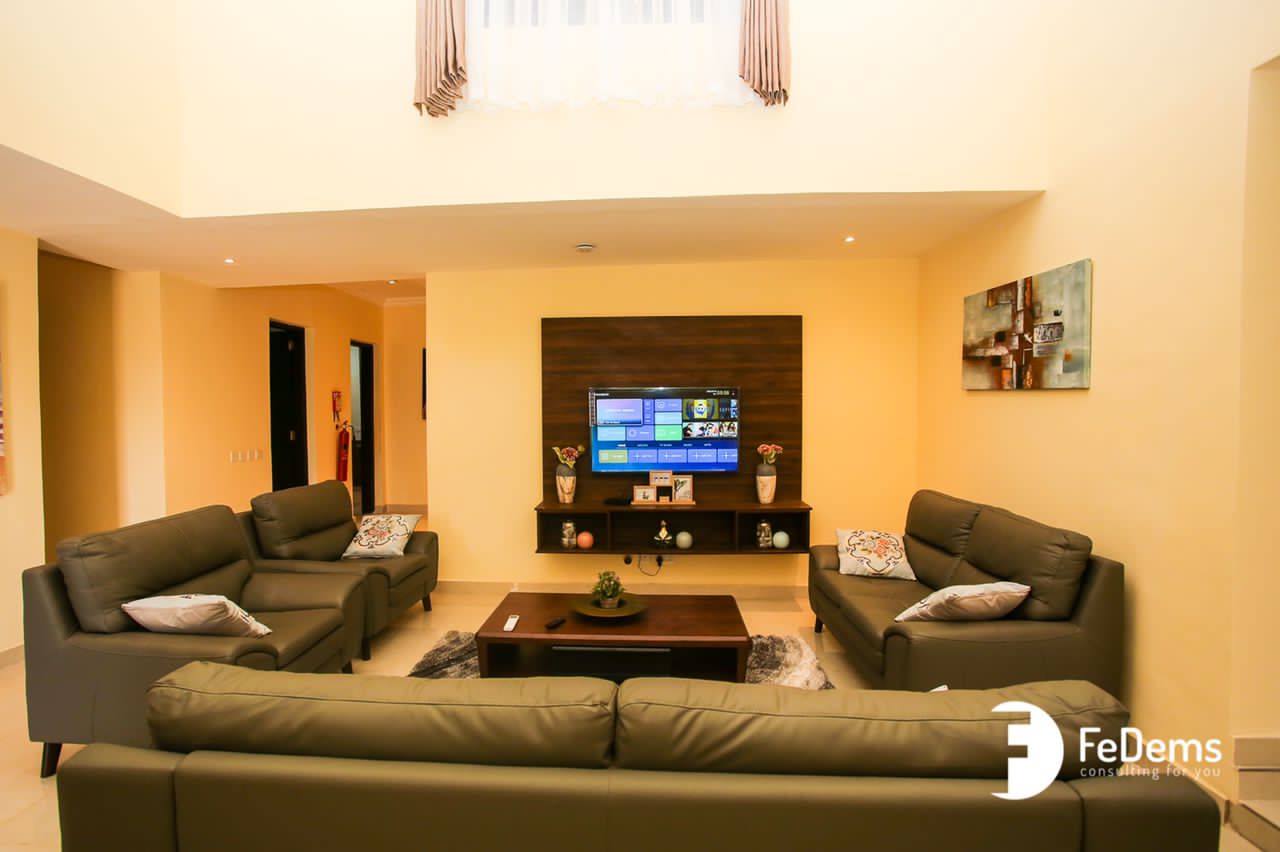 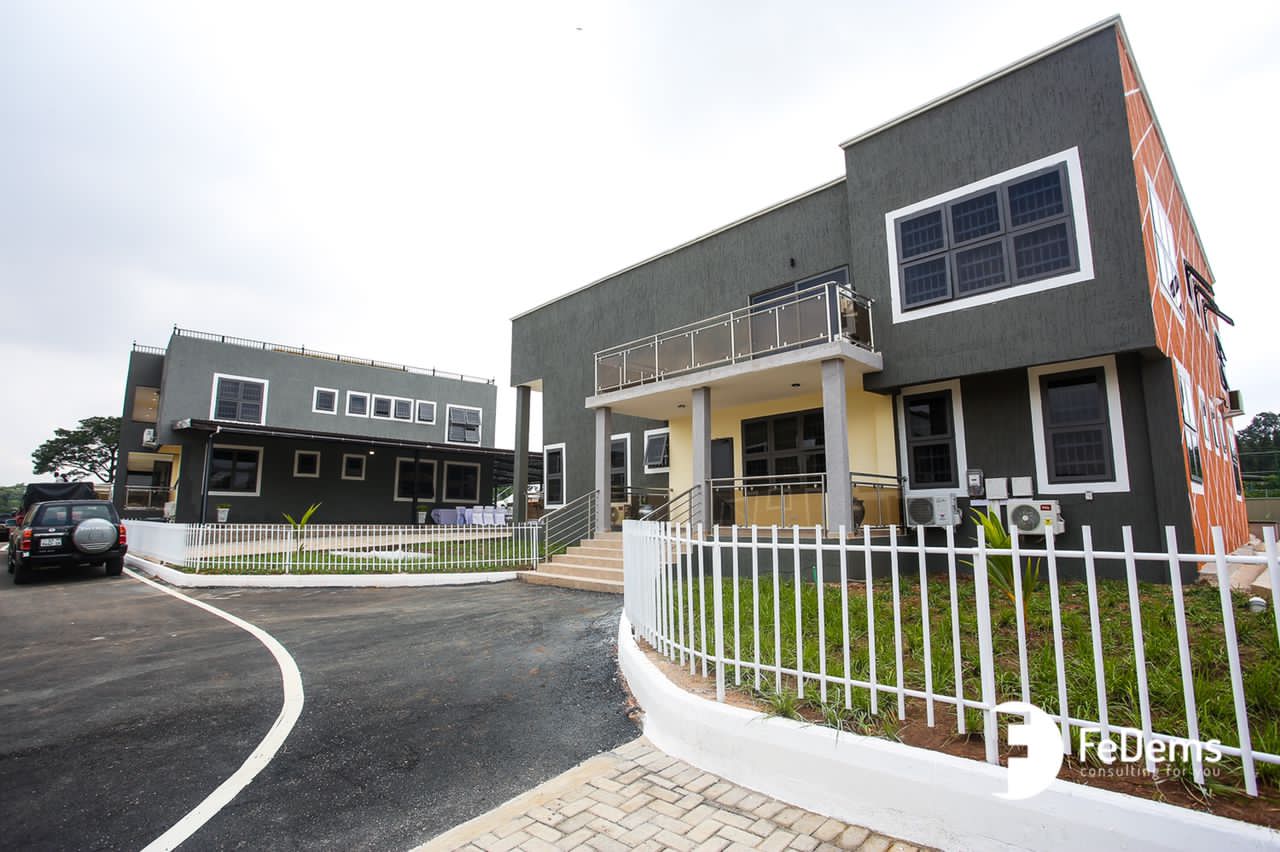 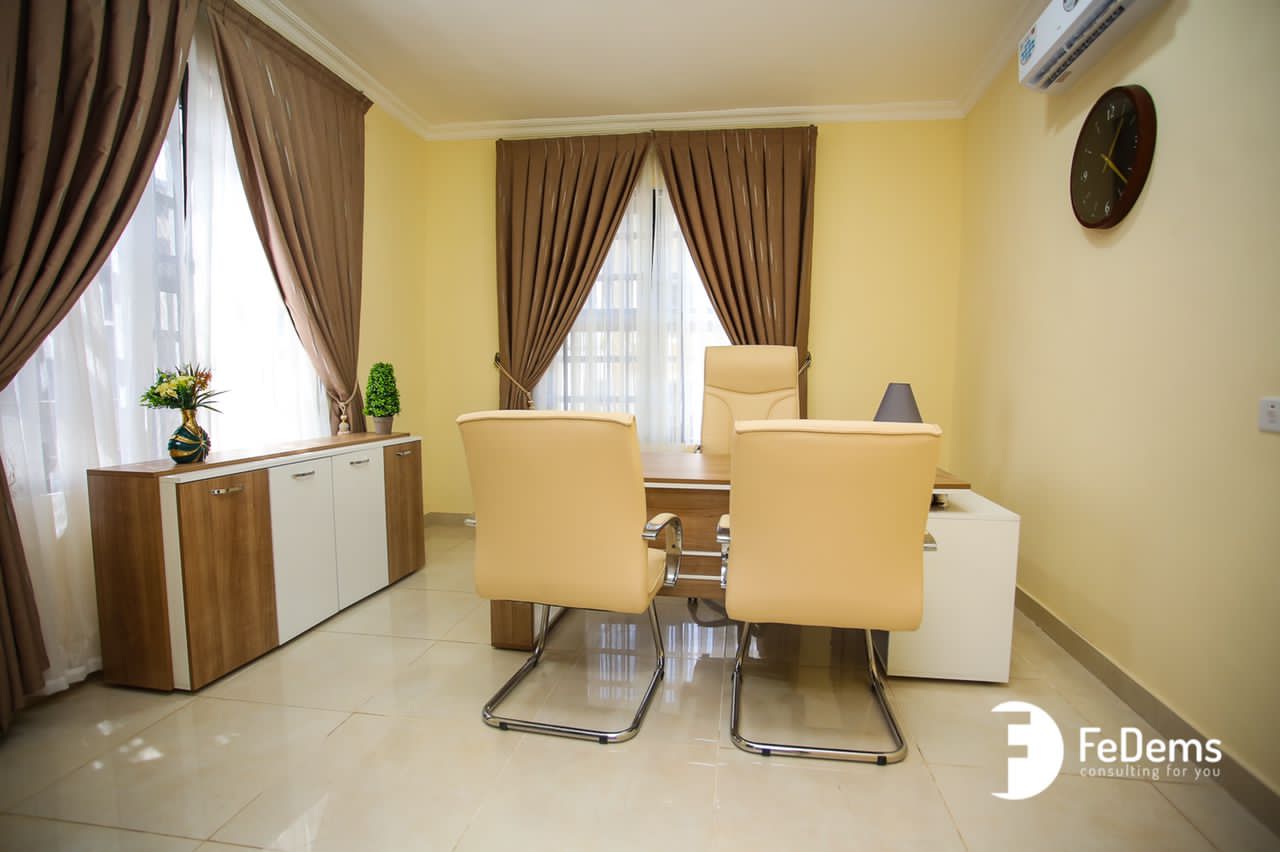 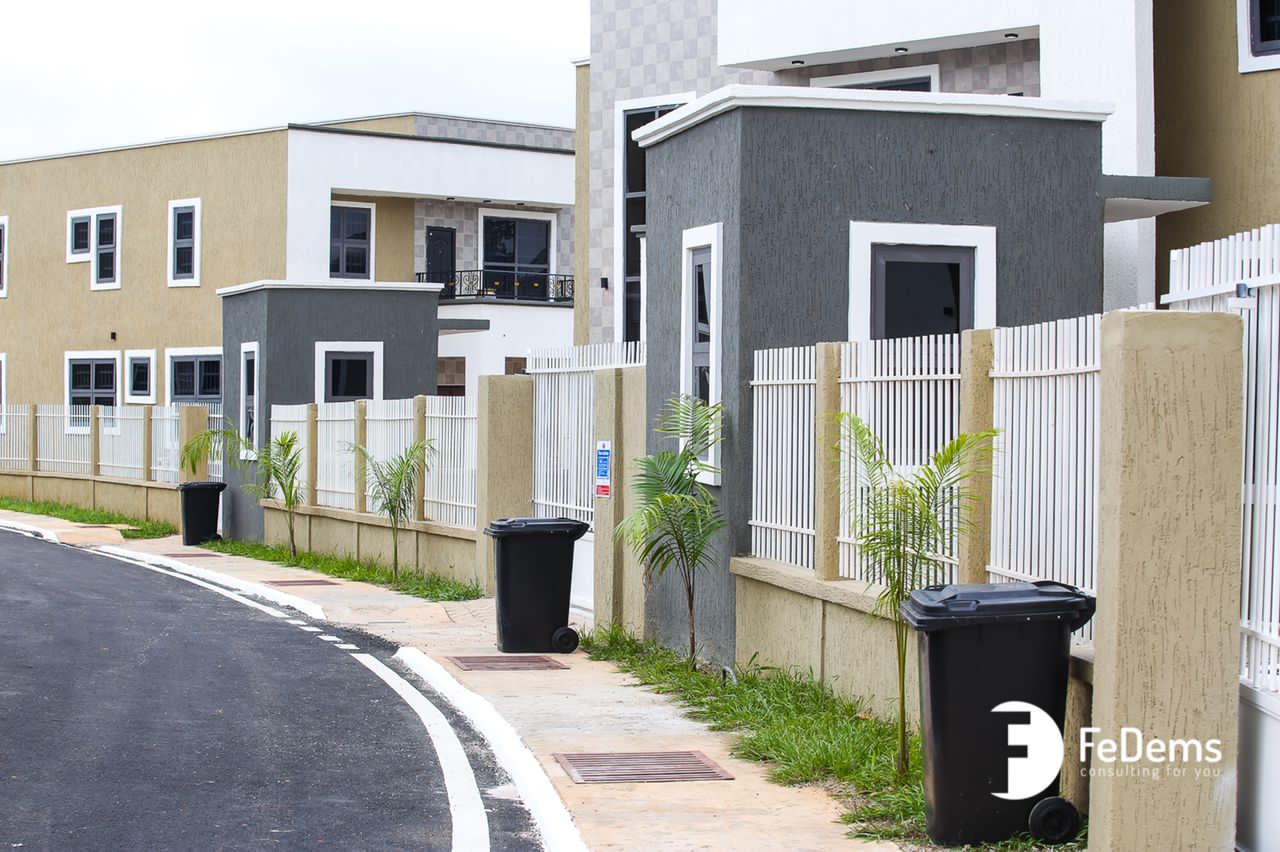 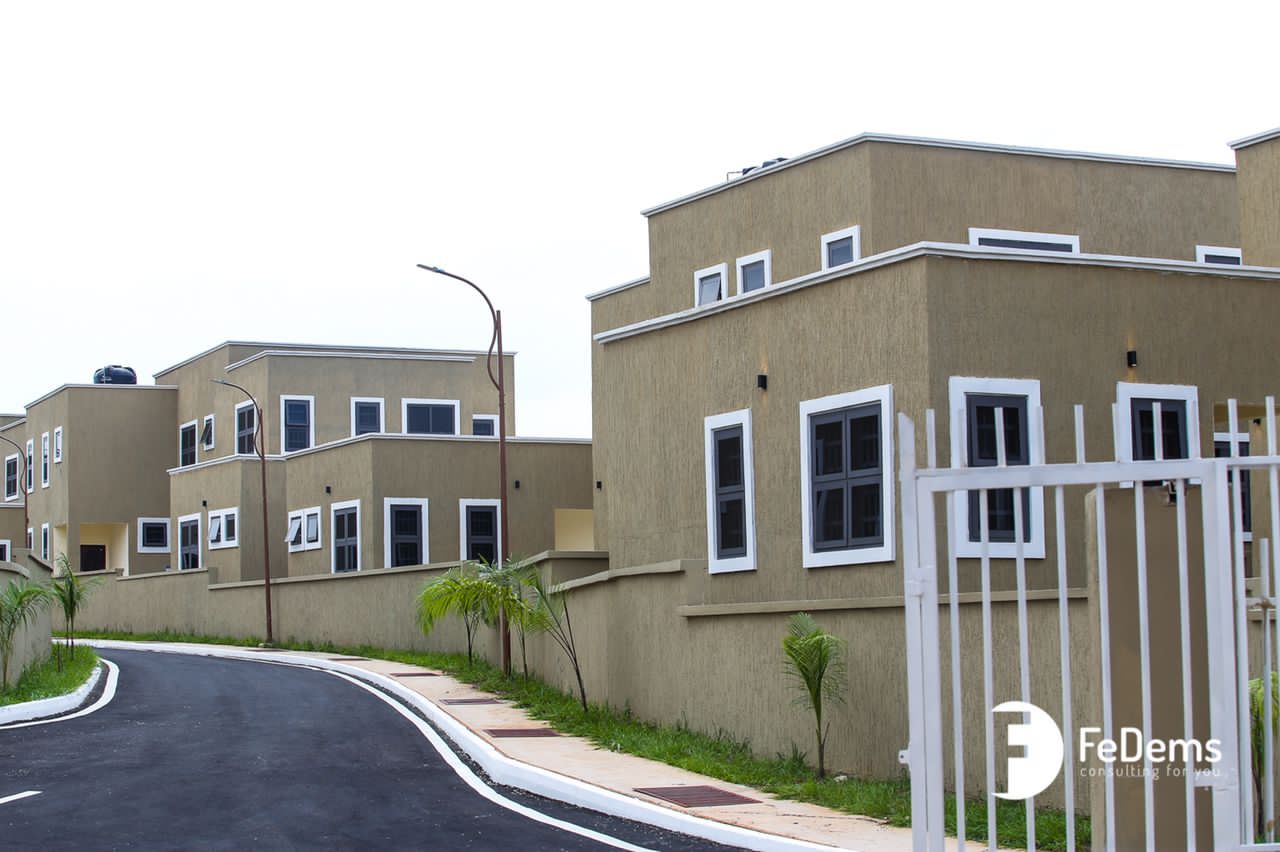 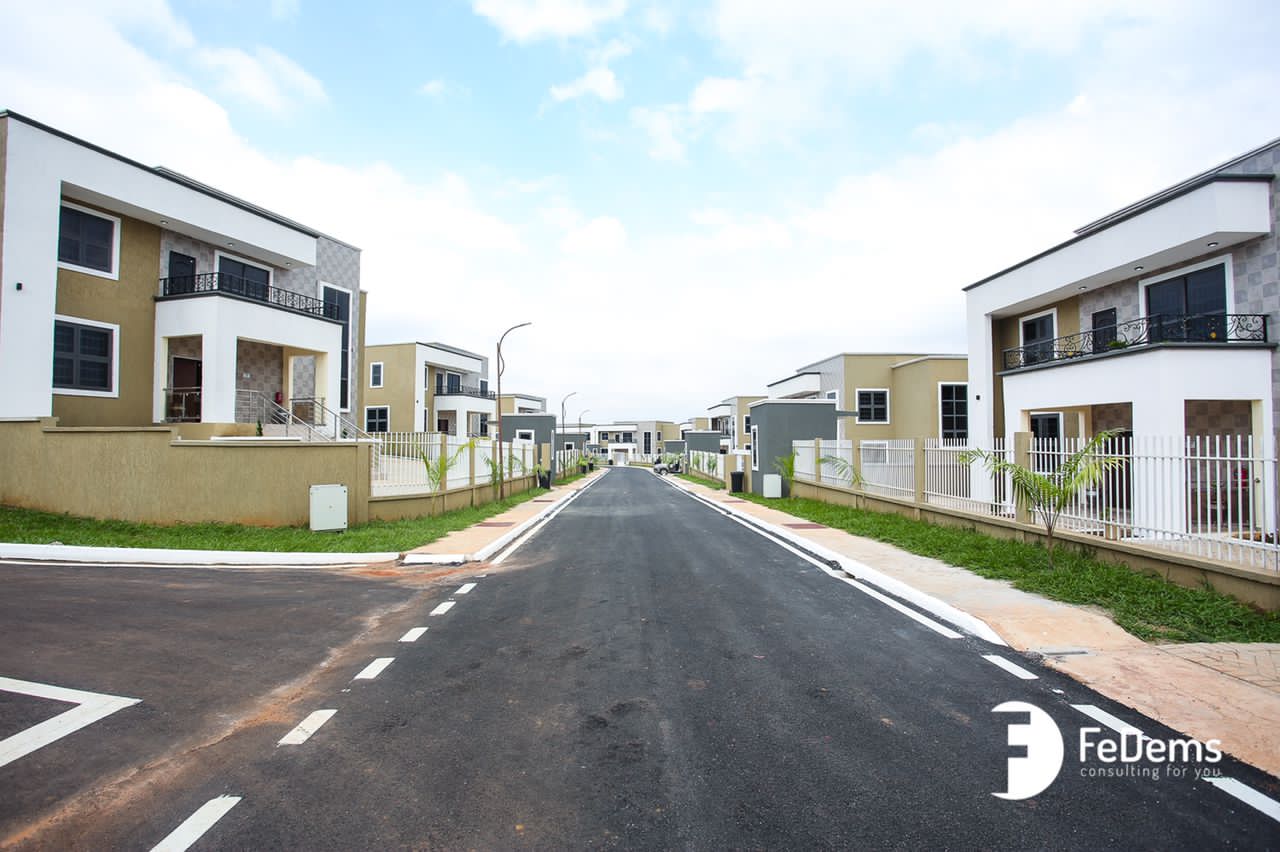 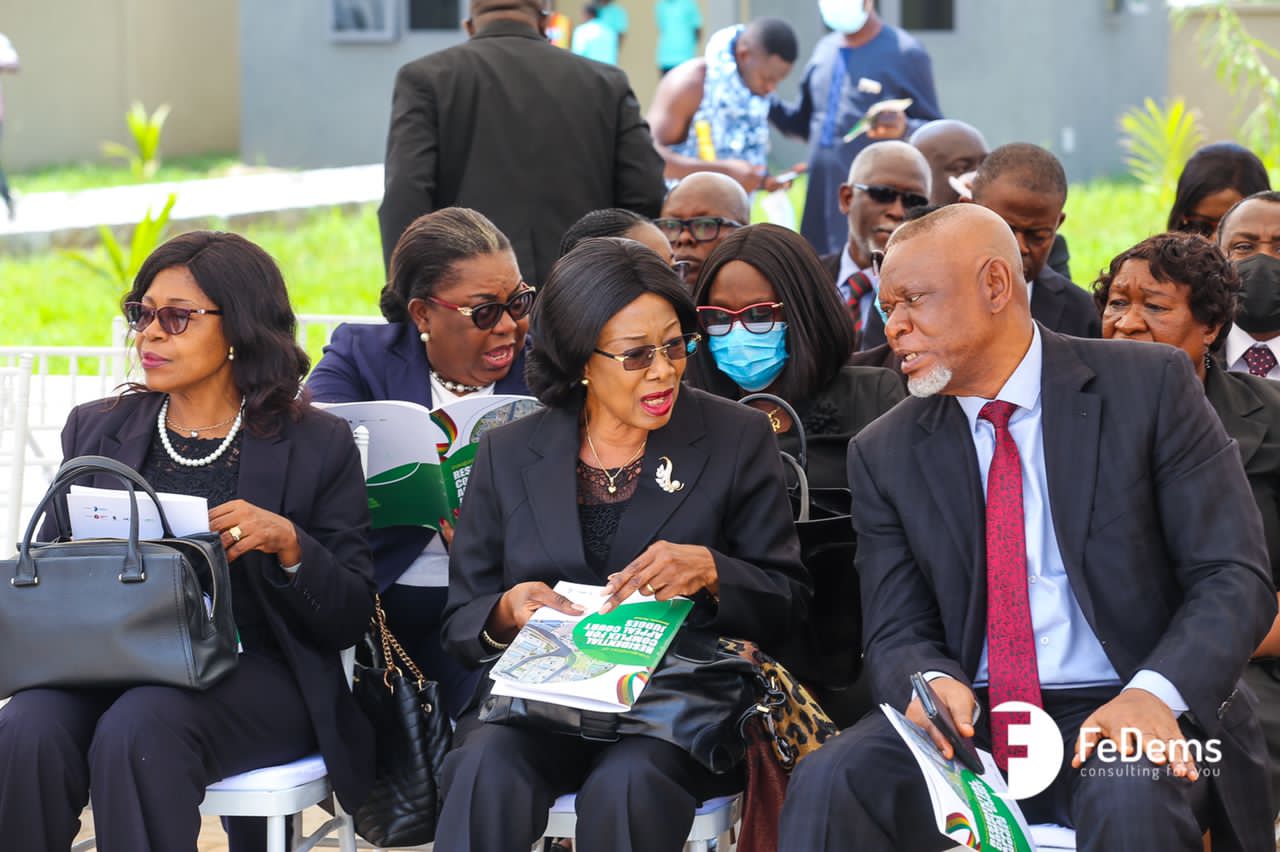 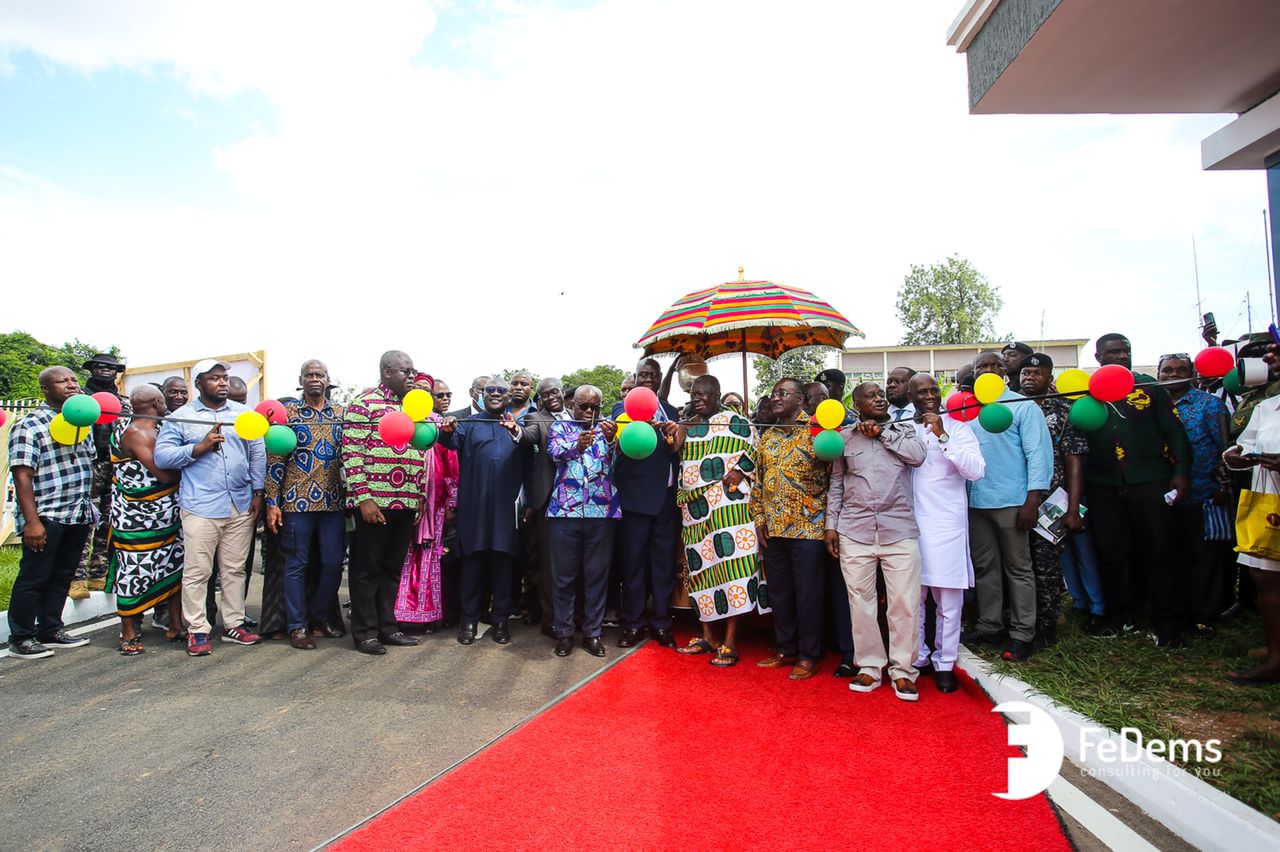 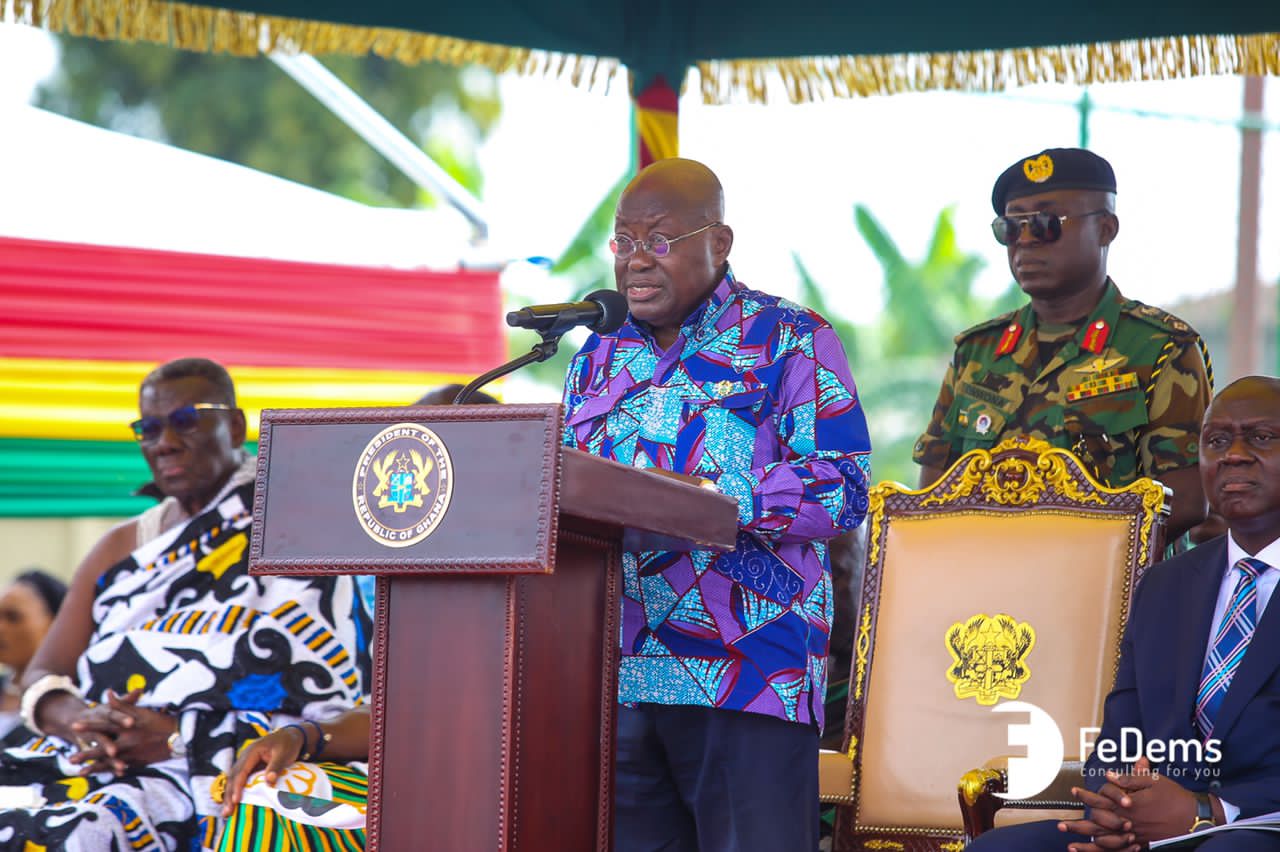 “We have also had to deal with the lack and distressing poor physical infrastructure. The evidently deplorable state of most of our court structures and residences of justices in administering justice has been a major challenge,” he bemoaned.
To this end, the Chief Justice lauded the government, through the MLGDRD and the DACF for ensuring the completion of the project, and similar ones which were ongoing across the country.
He was also grateful to Otumfuo Osei Tutu II for making available land for the project, Members of Parliament (MPs), MLGDRD and the contractors for the expeditious execution of the project.
He disclosed that a land had been acquired in Adenta in Greater Accra for a similar facility to be constructed for the judiciary.
Justice Anin Yeboah charged the judiciary to build a system justice that will assure litigants.
Furthermore, he revealed that the Kumasi residential complex will require about 2,500 staff, and thus made a passionate appeal to the Ministry of Finance to grant financial clearance for the recruitment process to begin.
Earlier, in a welcome address, the Ashanti Regional Minster, Simon Osei Mensah, lapped praises on the Chief Justice for his active supervision of the project right from the sod-cutting ceremony by the President last year.
“I don’t see the project as residential facilities but as a community on its own,” he expressed.
He admonished the judiciary to properly maintain and put the facilities in the complex to good use to ensure a long life span.
For his part, the Deputy Minister of MLGDRD, Mr. Collins Ntim, who represented his Minister, Mr. Daniel Kweku Botwe, noted that the residential complex will facilitate the adjudication of justice in the northern sector of the country.
Among the dignitaries who attended the event were judges, Members of Parliament, Ministers of State, metropolitan, municipal and district chief executives (MMDCEs), and members of the Judicial Council and Ghana Bar Association (GBA).
Construction Ambassadors Ltd FeDems Others Construct Residential Complex For Appeal Court Judges 2022-10-18
Dickson Boadi
Share