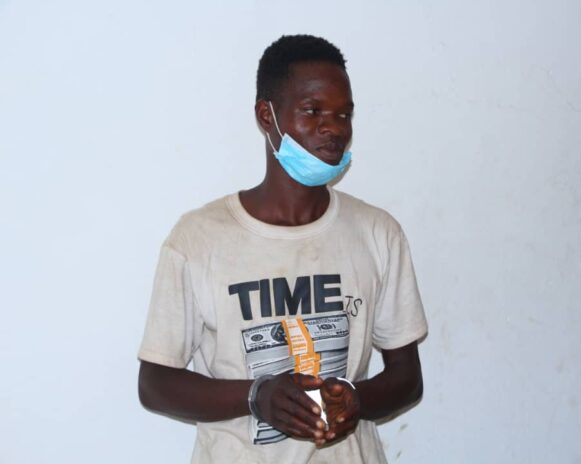 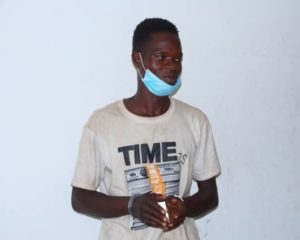 The Koforidua Circuit Court “A” presided by Her Honour Marrian Affoh has jailed a 30-year-old farmer, Brukum Rashid Abdul Tagbor Bindakbuya to 15 years imprisonment for the threat of death and robbery.

The complainant Ayi Ibrahim, 25, is a trader and resident of Kwaku-Botwe a farming Community near Begoro while the convict Abdul Tagbor Bindakbuya and his accomplice Mohammed Naakpija, 22, are both farmers.

The prosecutor Chief Inspector Owusu Ababio told the court that, on December 22, 2021, at about 1:00 pm while the complainant was wandering in search of the whereabouts of her son who left the house, the convict -Abdul Tagbor Bindakbuya confronted and accused the complainant of allowing their cattle to destroy their crops by grazing it.

But the complainant told the convict that her husband was not around, therefore, will inform him upon his return.

The convict was not satisfied with the answer hence attempted to attack the complainant who upon sensing danger took to her heels.

At about 4:00 pm, Abdul Tagbor Bindakbuya stormed the house of the complainant with a locally manufactured pistol and threatened to shoot the family but they fled.

The convict then took away a generator set which cost ghc3,000 belonging to the family.

He later attacked and allegedly raped the complainant.

The complainant formally reported the incident to the Police and on January 7, 2022, the convict was spotted at about 7:00 pm at Akoradako village and was arrested.

He admitted the offence and mentioned Mohammed Naakpija as the one who aided him to carry the stolen generator away to hide on a farm.

Abdul Tagbor Bindakbuya pleaded guilty on charges of threat of death and robbery when arraigned before the Koforidua Circuit Court “A” hence sentenced on his own plea to 15 years imprisonment.

He will however be arraigned before the court again for trial on the rape charges.

The second accused person Mohammed Naakpija however pleaded not guilty for abetment of robbery. He will reappear in Court on February 17, 2022.