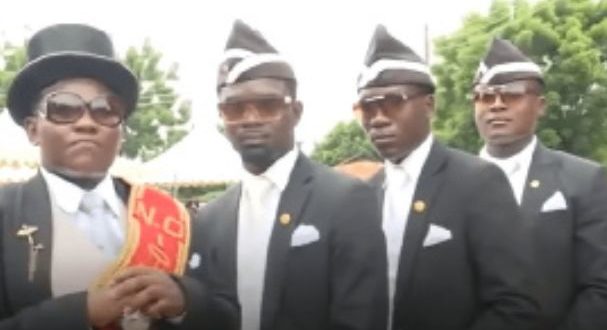 Announcing the successful sale in a tweet, Mr Aidoo congratulated the Dubai-based music production company for becoming the official owner of the meme.

“We would like to say thank you to everyone who supported our NFT, especially guys from the

A report by myjoyonline.com mentioned that “Over the past year, NFTs have grown exponentially as art and investors fall over each other to get a bite of the latest blockchain craze, with art collections worth millions being sold around the world.”

The Dancing Pallbearers went viral in 2020 as videos of them stylishly conveying caskets from funeral grounds were shared widely on social media.

Though they had been in business long before the time, the onset of the Coronavirus put them out there as people linked their videos to the famous ‘By June de3 trend’. 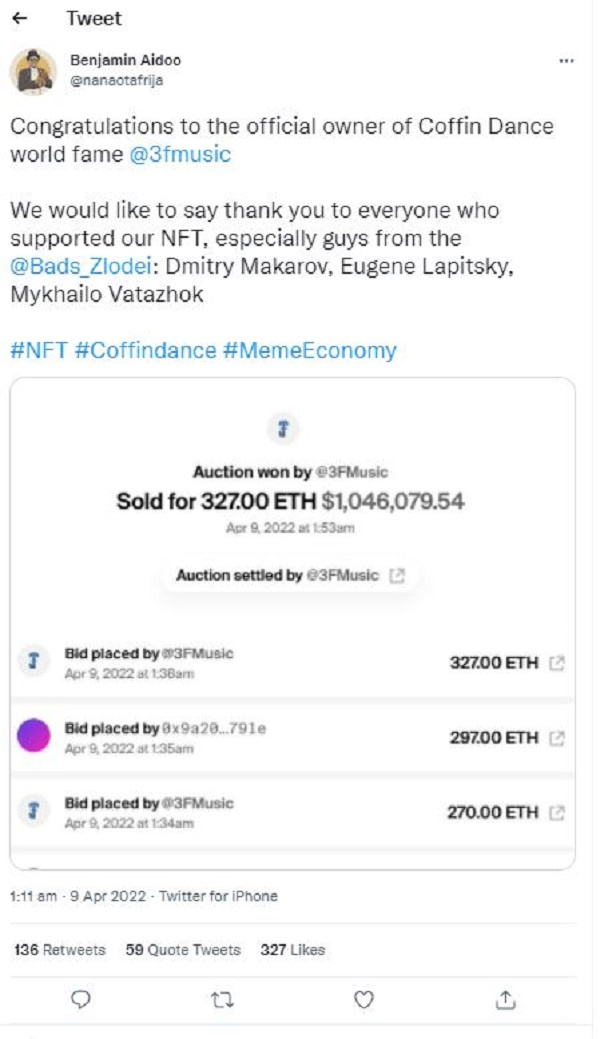