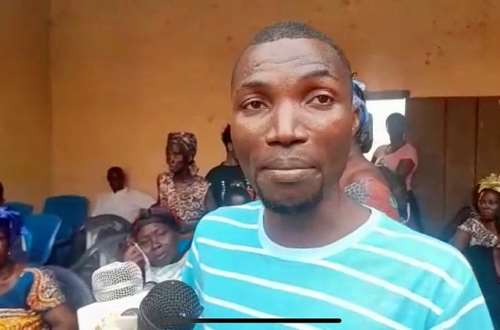 Share
The family of 33-year-old Andrew Donkor, who was shot dead by a security officer at Nkroful over the latter’s attempt to disperse an agitated crowd who had massed up in front of the Nkroful District Court, is demanding justice.

The deceased is said to have been on the court premises when over 20 illegal miners arrested on the concession of Adamus Resources Limited on Friday dawn stormed the court.

The youth of Teleku Bokazo in the Ellembele District of the Western Region, massed up at the court premises to witness the case after the police brought the suspects to court.

Speaking to Citi News , a brother of the deceased, Thomas Donkor, said, “All I want is for justice to be served. Witnesses at the scene can attest to the fact that my brother was nowhere near the crowd. He was at a distance receiving a call. We want to know the military person who fired at him.”

“My brother was unarmed, he did not attack anyone. Why should he be shot? To think he left behind a wife and children, who is going to take care of them?” he quizzed.