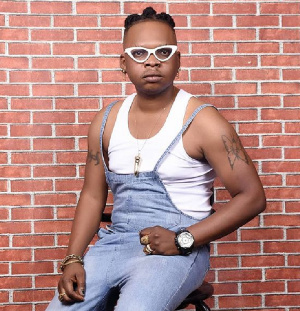 The parties were dragged to court by Chairman Wontumi after discussing the merits of a defamation suit which was pending in court.

Reacting to this in a video broadcast on his social media pages, Nana Tornado claimed that an honourable man like Fada Dickson shouldn’t be spending a night at the Nsawam prison, but for his association with Afia Schwarzenegger, he is paying the price.

“We know the thing you can do because as you are, there are so many things you are capable of doing that you are still doing and not finished doing.

“Fada ¢60,000 is an amount you would have finished paying but you are going to Nsawam for one day because of Afia Schwarzenegger. Logic and Afia Schwarzenegger have eloped. Run away. You can run but you can’t hide,” he said on December 1, 2022.

According to Tornado, he was the happiest man on earth the Tema High Court on December 1, 2022, reportedly issued a bench warrant against Valentina Nana Agyeiwaa (Afia Schwarzenegger) and Emmanuel Barnes (Mr Logic) for contempt along with four others for contempt.

Meanwhile, attempts to reach the lawyers of the five personalities have proved futile.