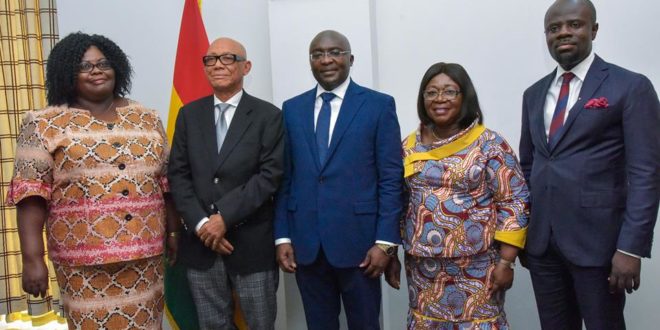 The Justice Emile Short Commission has promised to present a balanced report on events that occurred on January 31, 2019, at La Bwaleshie polling centre during the Ayawaso West Wuogon by-election.

Rounding up the public hearings at the 37 Military Hospital after cross-examining the last witness, the Executive Secretary of the Commission, Kofi Abotsi told the media that the Commission will handle all testimonies and evidence adduced on fairgrounds.

The Emile Short Commission of Inquiry probing the Ayawaso West Wuogon by-election violence ended its public sittings on Friday after it extended its deadline by a day.

Speaking to the media after the end of sitting, Mr. Abotsi was optimistic that the findings of the Commission’s work will serve its intended purpose.

“The testimonies that we have will carefully be reviewed and the report that will be presented to the President will reflect in a balanced way to the evidences gathered. So nothing is going to be compromised. I can assure anyone who is a skeptic that this commission is going to deliver a report that reflects the facts and evidence presented before it.  We do hope that, in the end we will deliver a report and provide [meaningful] recommendations,” he said.

The Commission had since February 14, 2019, been probing the circumstances that led to the violence that marred the Ayawaso West Wuogon by-election held on January 31, 2019.

The Commission was set up on February 6, 2019, and had up to a month to submit its report, which elapsed on March 7.

It had to extend its deadline for its public sittings by a day after it was unable to receive testimony from all the persons scheduled for the final day.

The commission took testimonies of several principal witnesses in the matter including the Member of Parliament for Ningo Prampram, Sam George; Commander of the National Security SWAT team DSP Samuel Azugu; and NDC Parliamentary candidate Delali Kwasi Brempong and several others.

Earlier, there were concerns among a section of the public that owing to the number of potential witnesses who may appear before the commission and the volume of work at hand, it may need an extension of the one-month deadline, but the Commission’s spokesperson, Katherine Woode  said that the commission may not require an extension.

According to her, the 3-member Commission has discharged its duties creditably so far.

“The commission has done the best that it can within all the circumstances to go according to the mandate set by President Akufo-Addo to ensure that this is a free, fair and impartial collation of information in order to give him its recommendation. It is the intention that there will be no extension.”

Previous Only 4 Out of 10 pupils can read fluently in Upper East region – GES
Next I’m married to a Church elder, have 6 children but none belongs to him – Nurse confesses