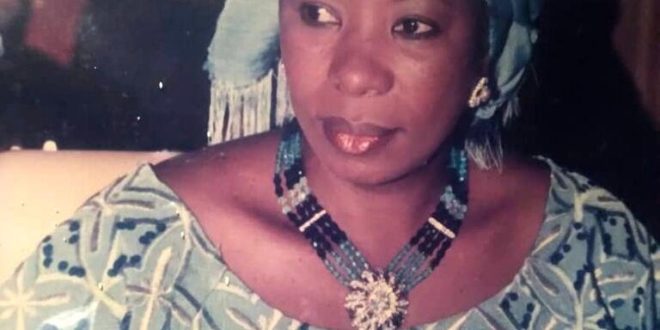 Felicia, wife of former President of the Nigerian Senate, Senator Adolphus Wabara has been confirmed dead.

This was made known by the Secretary of Ukwa East Local Government Area of Abia State, Emmanuel Shebbs, in a release issued to newsmen in Umuahia, the state capital Monday morning.

The Late Felicia Wabara, who turned 68 in March, hailed from Ogwa in Esan West Local Government Area of Edo State, and was married to Senator Adolphus Wabara, who doubled as the immediate past Pro- Chancellor of Abia State University, Uturu, (ABSU) and Secretary of the Board of Trustees of the Peoples Democratic Party (PDP).

Late Felicia Wabara, who turned 69 in March, hailed from Ogwa in Esan West Local Government Area of Edo State, and was married to Senator Adolphus Wabara for 40 years.

According to the  council in a condolence message which partly read, “on behalf of the people of Ndoki, the chairman, Ukwa East LG, Hon Chuks Wabara sincerely consoles with the former President of the Senate over this great loss, and urged him to take heart as God knows best”.