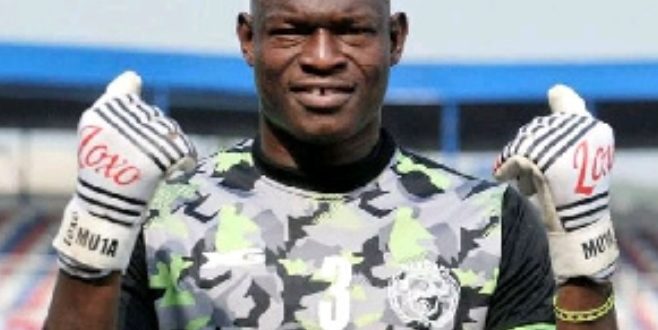 Enugu Rangers goalkeeper Seidu Mutawakilu is in line to get his first Black Stars call up for Ghana’s 2022 FIFA World Cup playoff against the Super Eagles of Nigeria.

Mutawakilu is among 15 goalkeepers Richard Kingston is considering for the Black Stars.

Following Ghana’s abysmal performance at the 2021 Africa Cup of Nations in Cameroon, the Black Stars have been searching for a competent goalie to man the post for the team.

While Joseph Wollacott is reported to be stepping up his performance, it appears he would face stiff competition to be between the sticks for the four-time African champions.

The Swindon Town goalkeeper’s performance at the AFCON 2021 did not excite many Ghanaians as he conceded five goals in three games in Ghana’s campaign.

While Mutawakilu could get a call-up, Kingston has also revealed that he is keeping close tabs on West Ham United’s Joseph Anang.

Mutawakilu played for Ghana’s national team at the U-20 level at the 2015 African U20 Championship in Senegal.

The 26-year-old was part of the Black Satellites squad at the FIFA U20 World Cup in New Zealand in 2015.

Mutawakilu joined Rangers from Ghana Premier League side Accra Hearts of Oak in 2017.