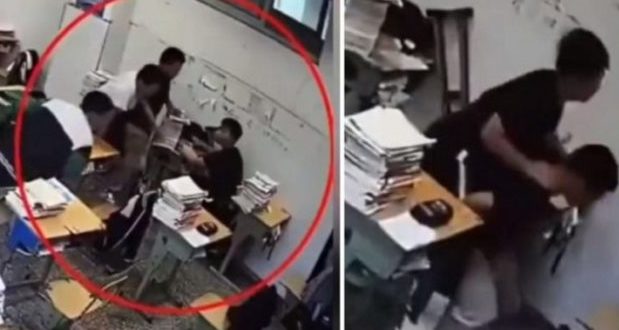 A video that has gone viral on social media features a student who did not leave his injured friend behind in a classroom when everyone was evacuating during an earthquake.

His kind and thoughtful gesture has won praises online.

The location of this video could not be ascertained.

The video that has gone viral on social media is CCTV footage of what appears to be a classroom.

When students start evacuating the classroom during an earthquake, there was this boy whose first reflex was to rescue his injured friend as well.

While others started leaving the room, the boy lifted his friend on his back and started climbing down the stairs.