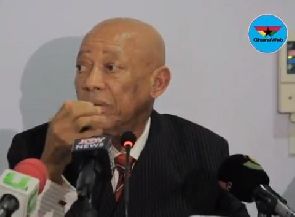 According to him, the terms of reference only limit the Commission to probe the acts of violence which occurred during the Ayawaso West Wuogon by-election on Thursday, January 31.

A former Commissioner of CHRAJ, Justice Emile Short, was appointed Wednesday together with two others to investigate the electoral violence.

They were sworn in on Friday to look into the following matters:

(a) to make a full, faithful and impartial inquiry into the circumstances of, and establish the facts leading to, the events and associated violence during the Ayawaso West Wuogon By-Election on the 31st day of January 2019;

(b) to identify any person responsible for or who has been involved in the events, associated violence and injuries;

(c) to inquire into any matter which the Commission considers incidental or reasonably related to the causes of the events and the associated violence and injuries; and

(d) to submit within one month its report to the President giving reasons for its findings and recommendations, including appropriate sanctions, if any.

But speaking on TV3’s Saturday morning show, The Key Points, the lawyer observed the Ayawaso specific incident could have been left in the hands of state institutions to investigate since the criminality of those actions are not in doubt.

He added that since there is video evidence showing those who perpetrated the violence and the Minister of State in-charge-of National security Bryan Acheampong’s admission that he deployed the armed masked men, the state institutions could have started investigations from there.

In his view, the Commission should have been given a larger mandate to look generally into the phenomenon of political vigilantism.

He also said the one month allocated in the terms of reference within which the Commission should finish its work may not be enough to allow it to do a good job.

Previous ‘Messiah’ Mahama’s name can give impotent men erection; cure hardship, depression – Atubiga
Next t would be a useless exercise to vote for a one term candidate – Sylvester Mensah