Share
The Economic Community of West African States, ECOWAS has charged military leaders in Guinea to provide an acceptable timeline for transition to democratic rule by April 25, 2022.

Failure to do so, according to ECOWAS, will lead to economic and financial sanctions.

Leaders of ECOWAS made the decision during an Extraordinary Summit in Accra on Friday, to review recent political developments in Mali, Guinea, and Burkina Faso.

President of the ECOWAS Commission, Jean-Claude Kassi Brou, stated that it was unacceptable that there was no timeline set by the military junta to return the country to democratic rule.

“The fact that, as of today, we do not have a transition timeline in Guinea is a source of major concern. On several occasions, the authorities have indicated the concern that there is no visibility about the transition in Guinea, and we are demanding that a transition timeline is provided. As nothing was coming, now we are putting a deadline—April 25. Beyond this deadline, economic and financial sanctions will kick in.”

The leadership also expressed concern about the continued detention of the former President of Burkina Faso, Roch Marc Christian Kabore, since the coup d’etat.

“The other condition, we set is that, President Kabore be set free immediately. The mission that went to Burkina Faso two weeks ago also insisted that he is set free unconditionally. As we speak today, President Kabore is on House arrest, and this is totally unacceptable.”

Meanwhile, ECOWAS has charged the transitional government in Mali to return the country to constitutional rule within 12 to 16 months.

This is a part of talks to restore democratic governance in the West-African country reeling under political instability.

Jean Claude Kassi Brou, said in view of the global political and security situation, there is an urgent need to reach an agreement in order to avoid further deterioration of the situation in Mali.

“The discussions were extensively on the situation and taking into account that the sanctions are impacting on the country. There has been substantial work that was done by the Technical Local Committee Meeting and after examining the recommendations of the mediator, the Head of State disclosed that, they are willing to provide an extension of the transition in Mali for 12 to 16 months in addition to the three months that have already passed. So, agreements will be reached so that the sanctions are gradually lifted.”

Previous NIA moves Ghana card updates, verification and replacement to El-wak stadium
Next 5 things women should not deny their husband no matter how angry they are! 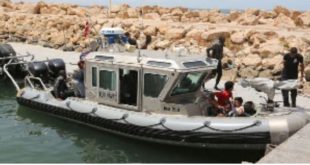