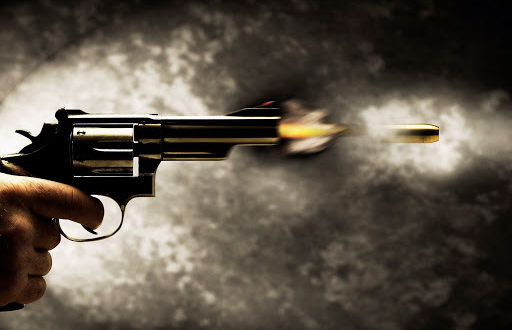 A land guard identified only as Allontey has been shot dead whilst another has sustained gunshot wounds at Kyekyewere, a farming community in Ayensuano District in Eastern Region.

Kasapa News has gathered from the community that, the land guards numbering three on motorbikes stormed the land belonging to one Paa Joe who recently returned from abroad.

Paa Joe and payloader driver were winning sand on his land when the land guards suddenly appeared holding a pump action gun to stop him.

The land guards ordered the suspect to surrender the pump action gun which he obliged but the land guards attempted to club his head forcing him to pull his side armed to shoot one on the leg while the other, Allontey, was shot in the body leading to his death.

The other accomplice, however, escaped.

The body has been deposited at the morgue whilst the injured is receiving treatment.

The suspect, Paa Joe, reported himself to the Teacher Mantey Police where he has been detained to assist in the investigation.

Activities of illegal Sand winners have led to many deadly clashes with the local farmers.

In the heat of the situation, an Adhoc Parliamentary Select Committee visited the District in 2018 for an assessment of the devastation and degradation caused by the sand winners to inform a national policy intervention.