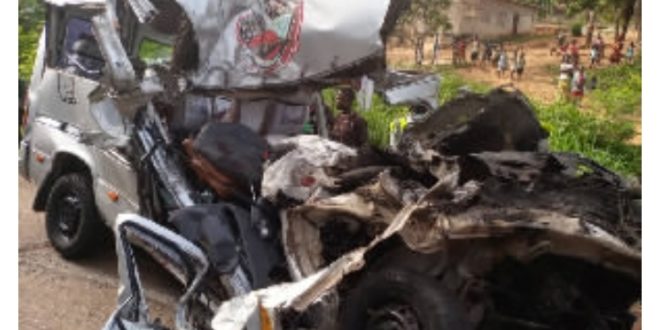 Share
A gory accident at Nkawkaw-Oframase in the Eastern Region has claimed the lives of five persons.

District Police Commander, DSP Foster Asante, confirmed the incident to the media over the weekend.

According to him, a sprinter bus with registration number, GC 6521-21 crashed into a stationary truck on Sunday down after the commercial vehicle driver took a wrongful overtaking.

He disclosed further that the driver of the commercial bus was a spare driver.

He finally advised the drivers to be careful with their speed, especially during weekends, myjoyonline reports.

Previous Cape Coast Police arrest driver captured in a video assaulting a woman
Next VIDEO: How Suhuyini raised quorum concerns before walking out of Parliament