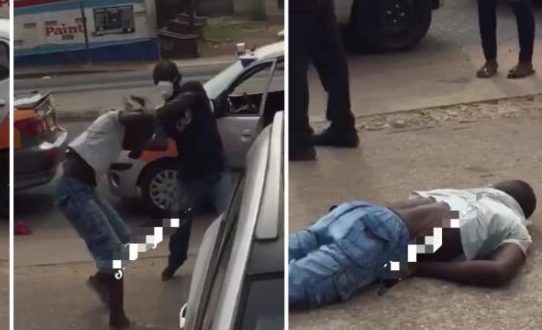 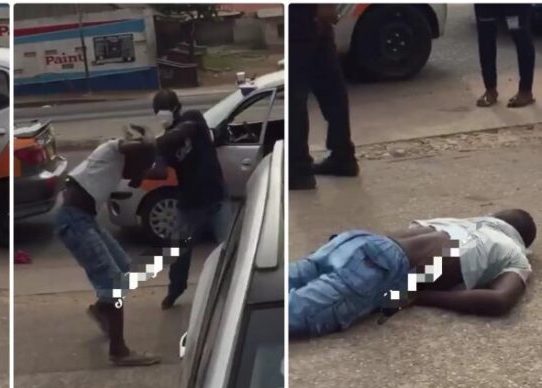 A commercial driver nearly lost his life in a gory accident at Osofo Lamptey in the Upper West Akim District of the Eastern Region.

The driver with car registration number GW 7083 – 15 crashed the car while chasing a motor rider.

Rainbow Radio’s Prince Collins Bening in a report indicated that the driver, who is yet to be identified was chasing the rider who reportedly insulted him.

The driver was chasing the rider in the bid to attack him over the alleged insult.

Meanwhile, it has also been established that the driver was instructed by his car owner, a pastor not to move the car.

However, he defied the orders and moved the car which at the time of the accident, contained a coffin meant for the burial of his mother-in-law.

Our reporter said persons who had planned to help after the accident had a difficult time rescuing the driver.

He added that the driver broke his legs in the cause of the accident.

He is currently in critical condition at the hospital, the reporter added.

Previous VIDEO: Akuapem Poloo breaks down into tears while addressing media after ‘prison’ encounter
Next Your favourite artistes and what they first looked like in their early music career days