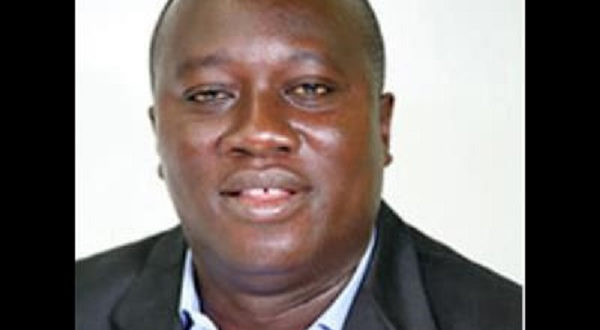 Former Central Regional Minister Hon. Aquinas Tawiah Quansah urged Ghanaians most especially the people of the Mfantseman Constituency to desist from politicizing the death of the late Member of Parliament for the area, Hon. Ekow Quansah Hayford.

The late Legislator was shot dead by unidentified gunmen last Friday dawn when returning from a campaign tour on the Abeadze Nkusukum-Duadze.

Speaking when the Mfantseman constituency branch of the opposition National Democratic Congress(NDC) Party visited the Family of the Late MP, Hon. Aquinas Tawiah Quansah pleaded with both the NPP and NDC parties to be united even in the loss of the MP.

“It is time for us to do away with unnecessary politicization over the death of our beloved MP who was doing his work. His painful exit has left the NDC Party in the Mfantseman Constituency in a state of shock because we all do things together aside from the political difference. I spoke him not even up to a week ago about street bulbs he was distributing and he gave me some to fix on my street so I am very sad about his sudden death.”

Previous Two French planes crash in mid-air, killing five
Next Okyenhene and others ‘begged’ me not to go independent – Ama Sey reveals