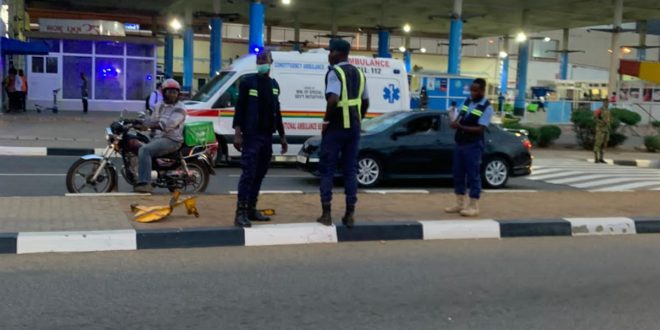 Does Security at Kotoka car Park take money from drivers after their directory?

The management at Ghana’s International airport must take a crucial look at the people or men who work at the car park for unlawful act. They direct cars to park at unauthorized places and later come to query you for parking at a wrong place. In so doing, they request for unlawful money from you without any receipt.

On 31st of May 2021, with my arrival at the airport with some invited people from Kumasi, I called my driver to pick us up at the airport. He was later questioned by some security men who begun to demand money. They requested that we pay GH 50.00 if not they will send the driver of the vehicle to their office and he will be asked to pay GH 150.00 the offense committed.

The driver challenged them for the illegal way of taking money from people. Meanwhile there were some cars parked at the same place where they were free to go without any offense.

Immediately a man from nowhere brought some yellow clamp which he quickly fastened to the car tyre of my driver.

‘Excuse me, what is the meaning of this’? I asked the officer from nowhere but he refuse to answer me, turning his attention to my driver.

Whiles we were waiting for the receipt, the same people in uniform have used the same process to get some driver where they paid and with anger they did not take any document showing they have paid such amount.

We know the government is doing whatever he can do to stop corruption and I will say if we start punishing people like this in the country it will send a strong signal to other who are doing or planned to do same.

Only God knows how many people have fallen victims to this unscrupulous and illegal act of these security men at the airport car parking. 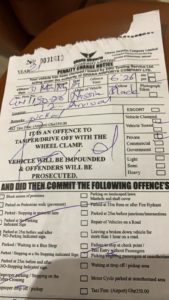