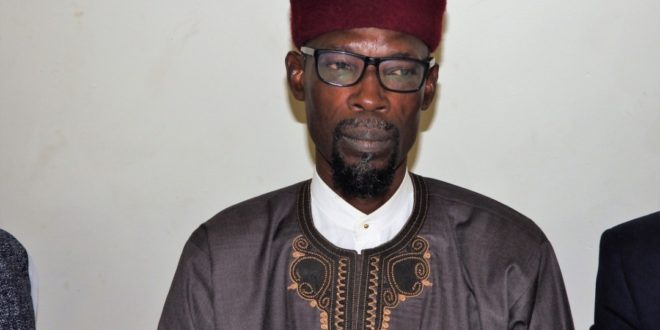 The spokesperson for the national Chief Imam, sheikh Aremeyaw Shaibu has appealed to Ghanaians to desist from using the current health crisis (COVID-19) which has plunged many nations into economic difficulties and killed millions of people across the globe to enrich themselves at the detriment of the poor.

He said this in an interfaith Facebook programme organised by the Light foundation as part of efforts by the organisation to propagate the Gospel and educate the public on COVID-19 among other things.

The Light foundation is an Islamic Non Governmental Organisation aimed at providing a sustainable development and supporting the needy and vulnerable in society.

He noted that while the Government is taken measures such as lock down to help  prevent the spread of the disease, other people such as transport owners, market women, businessmen among others have taken advantage of the situation and increased the services and prices at ‘extortionist levels’ with the aim of making abnormal profit.

He maintained that if christians, muslims are mindful of the principles of their faith they would not exploit the current circumstance to make gains describing it is profiteering, immoral, unethical considering the cultural and traditional values that underpins relationships.

He also mentioned that increasing the prices of goods and services at the detriment of the poor underminds government efforts of supporting residents in affected regions and communities.

He added “under no circumstance should we exploit the current circumstance because when we do so, we undermine the government efforts. Government is taken over electricity, water bills in order to provide some form of relief to the less fortunate, why do we raise the price to extortionate levels, that is anti state and unpatriotic. As Africans we have a certain communal phylosophy of our relationship.

under the present circumstance.

The Islamic cleric also appealed to people who are capable of giving to the poor in a period when some people cannot feed themselves as a result of the lockdown in order  to attract God’s blessings.

“Giving is a way to unlock the key of God’s blessings. The more you give the more you receive from God, We must give to the poor and support the weak. When you are rich your riches should be relevant to the people around you. We should love God/Allah, love ourselves and neighbours.

He further called on all Ghanaians to stringently observe protocols on COVID-19 to help mitigate the spread of the deadly pandemic.

Sheikh Aremeyaw also asked Ghanaians to pray earnestly for God’s intervention in this difficult times that the world continues to find a vaccine for the virus stating ‘Is the Almighty God alone who can give us final protection and as we pray, he knows the beginning and end of everything.

The Light Foundation (TLF), which was established over a decade ago, operates in the following areas: water sanitation and Hygiene, women and children issues and advocacy.