Deputy Minister of Education, Hon. Yaw Osei Adutwum has cut a sod and raised fund for construction of Science, Technology, Engineering and Mathematics (STEM) Academy at Jachie D/A 1 Basic School in the Bosomtwe District of the Ashanti Region. 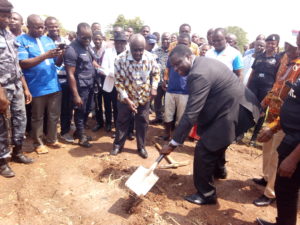 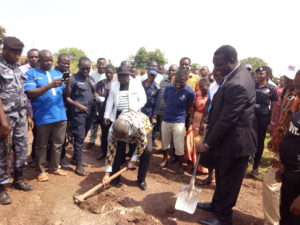 He said this is part of the educational reforms being undertaken by the Nana Addo led NPP government to promote science, technology and innovation in the country.

“In the New Patriotic Party (NPP) 2016 manifesto we realized that Science, Technology, Engineering and Mathematics (STEM) Academy is a key to transform the nation for that matter we said as part of our educational reforms, STEM Academy would be implemented and here we are now” he said this on Monday, July 2, 2018 when addressing the gathering to cut a sod for the project. 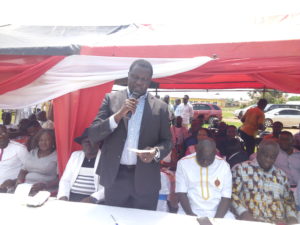 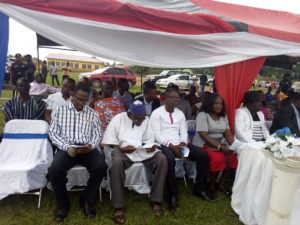 According to the Bosomtwe Lawmaker, Dr. Osei Yaw Adutwum, all countries in the world that have made the transformation that the NPP is committed to making in Ghana, have had to pass through that route. 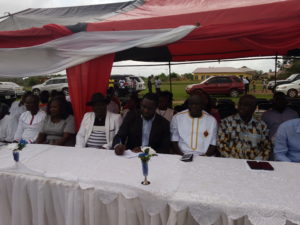 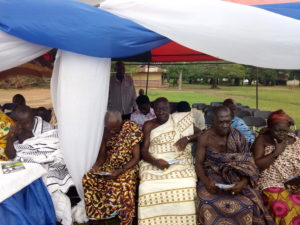 “The focus of what is being done here is clearly what we want to give to our educational system; we have to find a way of restructuring and reorienting our educational system so that Science, Technology, Engineering and Mathematics become the driving force. All the countries in the world that have made the transformation that we are committed to doing in Ghana have had to pass through that route. It’s extremely important for us in Ghana to come to an understanding that this has to be the goal for us. he stated.

He stated that, through the implementation of STEM academy in Jachie, Mecdical Doctors and Engineers should come from the Bosomtwe District to make them unique from other districts.

To this end, the Deputy Minister of Education said, “last year 8 people were given the opportunity to go and study STEM abroad, as am speaking now, 8 students are in Russia, 3 students are also in Hungary studying STEM, 5 people on the other hands are also doing their masters in STEM in China, Japan and other countries so am expecting 20 people to go and study STEM abroad and ensuring that those who are here in Ghana are well resourced to achieve the purpose of this project. 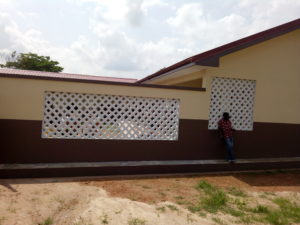 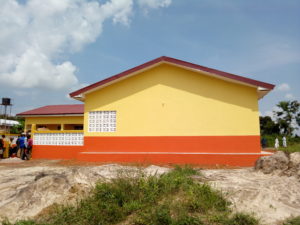 For his part, the District Chief Executive (DCE) for Bosomtwe constituency, Hon. Joseph Kwasi Asuming stated that education is the priority of the NPP government hence, mechanism needed to put in place to make education lucrative and attractive would be done to transform the country.

He therefore advised the students in the district to study hard and take advantage in the STEM academy.

Meanwhile, the Traditional rulers from Jachie and Pramso who embraced the occasion pledged their support for Hon. Yaw Osei Adutwum to enhance education in the district through Science, Technology, Engineering and Mathematics (STEM) Academy.

Bishop Daniel Obinim has made another epic appearance on social media, and this time around, …