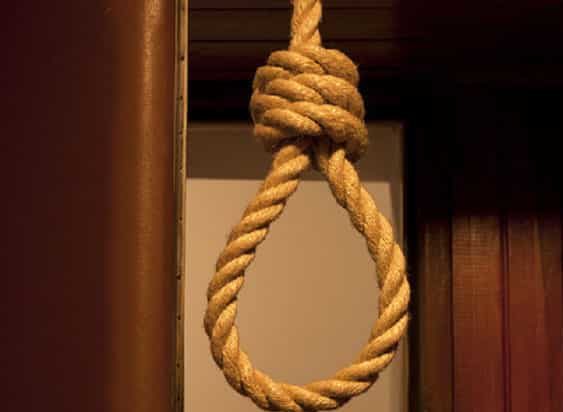 A 39-year-old woman, known as Maame Efua has been discovered hanging in a locked kitchen at Abeadze Kyeakor in the Mfantseman Municipality of the Central Region.

The decomposed body of the woman was discovered almost five days after the incident. It is, however, not known if she committed suicide or was murdered since the kitchen door was locked from the outside.

Reports also indicate that the owner of the kitchen had traveled and had no idea the woman had committed suicide in her kitchen.

Reports gathered by Kasapa FM’s Yaw Boagyan revealed that the Victim was sick and seeking healing from a prayer camp but left the prayer camp some days ago.

Speaking to Yaw Boagyan, some residents in the Community said, the pungent smell in the community, led them to the kitchen to discover the woman hanging in the kitchen.

Meanwhile, some of the community members say, they are now living in fear as they suspect someone may have killed her and hanged her in the kitchen.

The door was also locked outside with the windows locked which indicates that someone may have killed her and hanged her in the kitchen.

The Assembly Member of Abeadze Kyeakor Electoral Area Hon. Abraham Ashun also said this is the first time such an incident has happened in the Abeadze Kyeakor Community.

He said the case has been reported to the Abeadze Domenase Police Command for investigation.