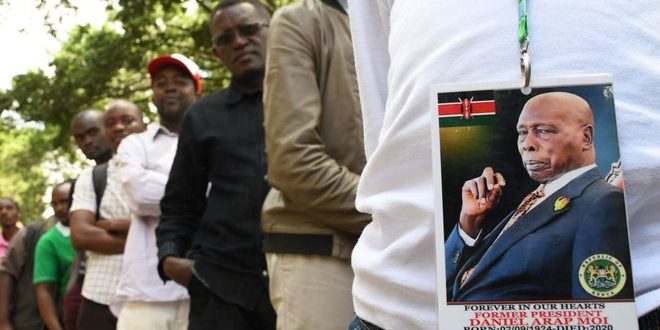 Kenyans are queuing up to view the body of the country’s longest-serving president, Daniel arap Moi, as it lies in state in the capital, Nairobi.

Speaking before the body was taken through Nairobi, President Uhuru Kenyatta called him an “iconic leader”.

But he had a mixed legacy. Critics saw him as an authoritarian ruler, while allies credited him for maintaining stability.

Warning: Some readers may find one of the pictures below upsetting.

He ruthlessly dealt with political opponents and was accused of overseeing a programme of torture and killings.

He cracked down on the opposition following a failed coup in 1982.

In 2004, Mr Moi, who was Kenya’s second president, asked for forgiveness from “those he had wronged”.

But Mr Kenyatta said that as one of the leaders of the independence movement, his predecessor “helped shepherd our country out of the shackles of colonial rule”.

He also praised him for a peaceful transition to multi-party politics. 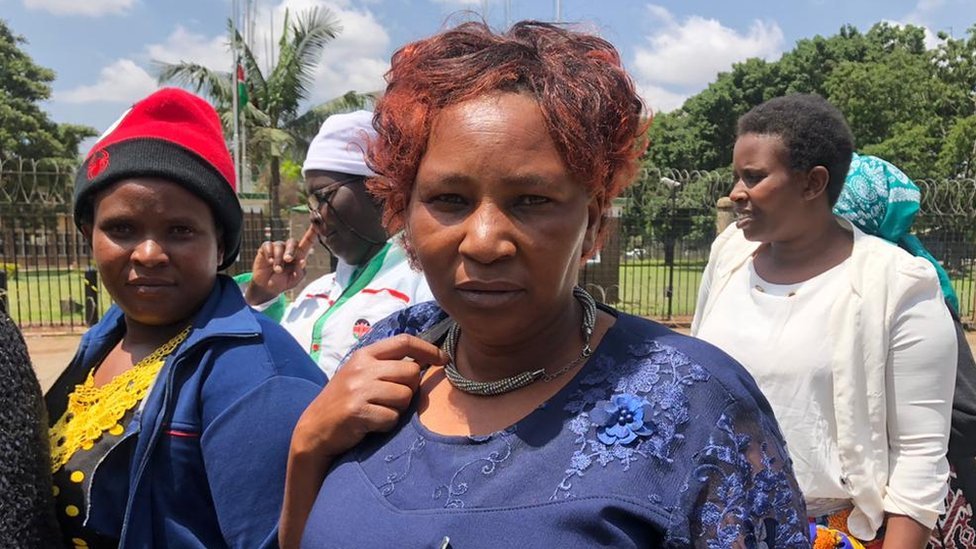 I am here to pay tribute to a great leader. I will never forget him. He was a generous man”

Long queues of people of all ages and from across Kenyan society are quietly waiting to view the body at the parliament buildings, the BBC’s Roncliffe Odit reports.

“We enjoyed [free] milk while in school,” she added referring to one of Mr Moi’s signature policies.

“I will never forget him. He was a generous man.” 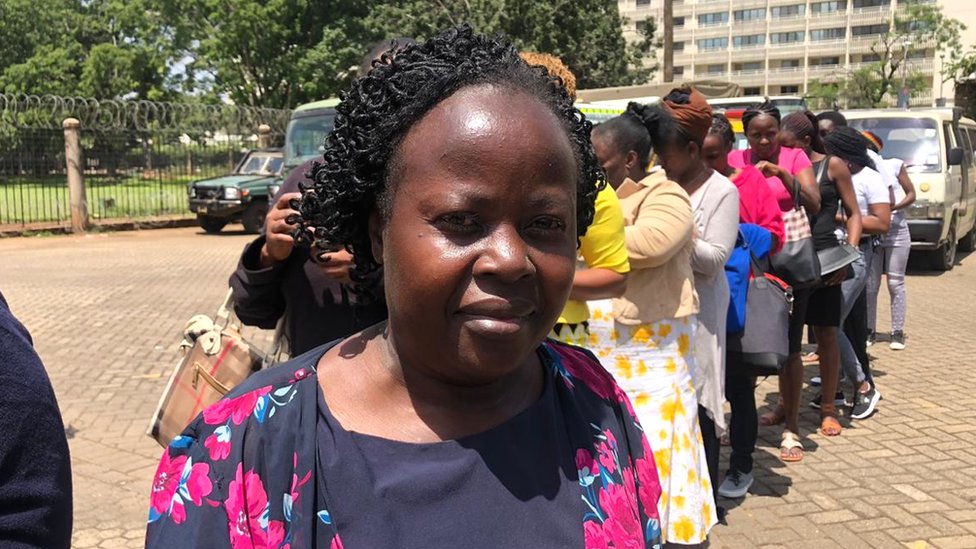 “I remember Moi as a great leader who offered me a bursary to complete my studies in high school,” she said.

“I met him in 1988 while at school… He gave me advice about why it’s important to study hard.”

Saturday is the first of three days when the former president’s body will be lying in state.

There will be a state funeral on Tuesday and he will be buried the next day at his private home, 200km from Nairobi.

Previous Sarkodie Apologizes To Yemi Alade; Here Is Why
Next Akufo-Addo’s ambulance responds rapidly to an accident at Bawumia’s hometown