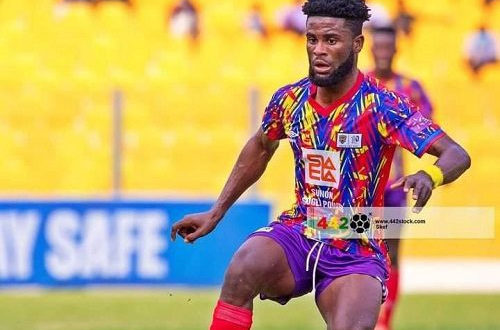 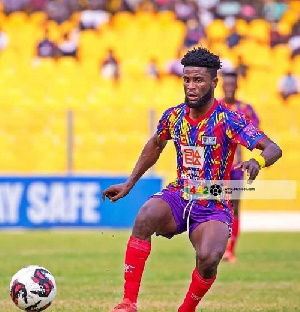 Hearts of Oak’s desire to tie down poster boy Daniel Afriyie Barnieh to a new contract has hit a snag.

From the information gathered, the representatives of the attacker have not been convinced the offer presented by the club is the best.

Not excited by the offer, the representatives of Daniel Afriyie Barnieh have decided not to allow the player to sign the proposed contract extension deal.

Hearts of Oak in the past year have attempted several times to get the highly-rated attacker to sign a new deal to extend his stay.

Unfortunately, with his stock constantly going up, it has been difficult to reach a deal.

The forward returned to the country just a few days ago after going to the 2022 FIFA World Cup with the Ghana national team.

While he was one of the options in the attack of the Black Stars, he was not given a chance to play by the Black Stars technical team led by head coach Otto Addo.

Despite renewed attempts for him to sign the contract extension deal, there is nothing positive from his representatives.

They want an improved offer for the attacker who has become the star man of the Phobians and one of the best players in the Ghana Premier League.