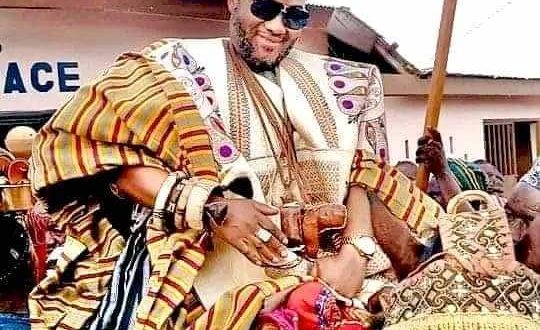 The Dagomba community in the United Kingdom(UK) has sent their condolence messages to the family of the late Mion Lana Abdulai Mahamadu upon hearing the sad news of his demise.

A press statement signed by the Chairman of the Dagbon Union UK (DUUK) Alhaji Alhassan Mbalba described the late Mion Lana as a revered and affable traditional ruler.

“The late Nyab Mion Lana Abdulai Mahamadu was a revered and affable traditional ruler and the people of Mion under his leadership witnessed vigorous developmental projects”.

Alhaji Mbalba furthermore on behalf of Dagbon Union UK said that their thoughts are with the bereaved family and the good people of Dagbon.

BELOW IS THE FULL PRESS RELEASE:

The entire Dagomba community in the UK is in a state of shock, grief and mourning upon receiving the sad news about the untimely demise of Mion Lana Abdulai Mahamadu.

Nyab Mion Lana Abdulai Mahamadu was a serving board member of the Northern Electricity Distribution Company (NEDC) until he was called by his maker to join his ancestors on Wednesday 17th August 2022 after a short illness. He has paid his dues well to Dagbon and mother Ghana and he will be sorely missed.

Our prayers and thoughts are with the immediate family, chiefs and people of Dagbon during this difficult times.