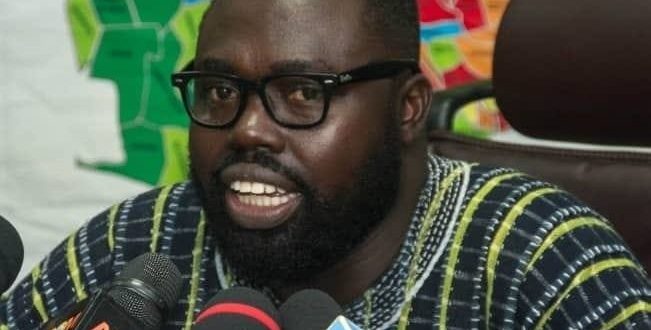 Kabila as Bomfeh is popularly known within the political circles described the attitude put up by the opposition National Democratic Congress (NDC) as over dramatization of political discourse.

Reports suggest that, there was presence of heavily armed police personnel brought in by the Electoral Commission during an Inter-Party Advisory Committee (IPAC) meeting held last week.

Most political representatives have said the scene created anger and a state of intimidation especially the likes of Mr Peter Boamah Otukonor.

Representatives of the parties also said they went through vigorous searches before they were allowed to enter the conference room for the meeting, a move many were not too enthused with.

But the Electoral Commission says the move was needful and a mere response to security concerns that has been raised following according to its  Deputy Chairman Dr. Bossman Asare.

“The Commission has witnessed several security breaches and have security agencies advising us that we need to beef up the security at our premises”. He revealed.

But Mr James Kwambena Bomfeh the Acting General Secretary of the CPP said though the change in security apparatus at the meeting was needless, the NDC overdramatized the whole incident at the meeting.

“The dramatization in our country in our electoral discussion is too much. We should stop it”, he advised in an interview monitored by MyNewsGh.com

According to him, there are is so much inconsistency in the response coming from the NDC after the IPAC meeting.  “I believe that we must talk with that attitude of seeking solutions to our problems in this country than lamenting on problems. Nothing happens in a vacuum”, he noted.

He endorsed  the idea of searching before they entered the conference room for the meeting, adding that almost everybody in the room throughout the meeting was able to raise his/her concerns by voice or through some other signs without fear of being recorded.

“We disapproved of the presence of the policeman in the room. Eventually the EC advised that the man should take a backstage which he did. But to say that we felt intimidated cannot be true. Just ask Otukonor, he was very loud at the meeting. Was he intimidated? How did that intimidation take place? Did it stop him from making his contribution at the meeting?” Mr James Kwambena Bomfeh quizzed.

“I think that we need to learn and the EC I’m sure is taking lessons on some of these things that we don’t need to get ourselves to these needless agitation”, he noted.