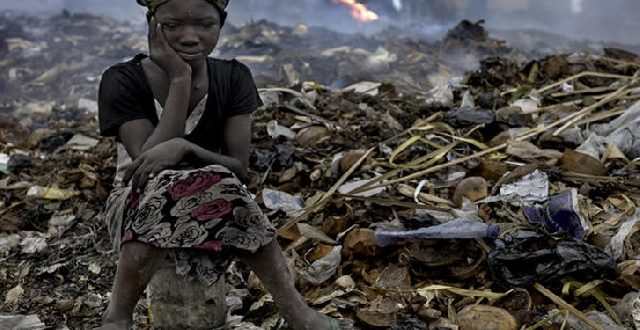 Global extreme poverty is expected to rise in 2020 for the first time in over 20 years as the disruption of the COVID-19 pandemic compounds the forces of conflict and climate change, which were already slowing poverty reduction progress, the World Bank has said.

The COVID-19 pandemic is estimated to push an additional 88 million to 115 million people into extreme poverty this year, with the total rising to as many as 150 million by 2021, depending on the severity of the economic contraction.

Extreme poverty, defined as living on less than $1.90 a day, is likely to affect between 9.1% and 9.4% of the world’s population in 2020, according to the biennial Poverty and Shared Prosperity Report.

“The pandemic and global recession may cause over 1.4% of the world’s population to fall into extreme poverty,” said World Bank Group President David Malpass.

“In order to reverse this serious setback to development progress and poverty reduction, countries will need to prepare for a different economy post-COVID, by allowing capital, labour, skills, and innovation to move into new businesses and sectors. World Bank Group support—across IBRD, IDA, IFC and MIGA—will help developing countries resume growth and respond to the health, social, and economic impacts of COVID-19 as they work toward a sustainable and inclusive recovery.”

The report also finds that many of the new poor will be in countries that already have high poverty rates.

The convergence of the COVID-19 pandemic with the pressures of conflict and climate change will put the goal of ending poverty by 2030 beyond reach without swift, significant and substantial policy action, the World Bank said. By 2030, the global poverty rate could be about 7%.

Increasing numbers of urban dwellers are expected to fall into extreme poverty, which has traditionally affected people in rural areas.

Progress was slowing even before the COVID-19 crisis. New global poverty data for 2017 show that 52 million people rose out of poverty between 2015 and 2017. Yet despite this progress, the rate of reduction slowed to less than half a percentage point per year between 2015 and 2017. Global poverty had dropped at the rate of around 1 percentage point per year between 1990 and 2015.

The report further measures poverty across a multidimensional spectrum that includes access to education and basic infrastructure.

The COVID-19 crisis has also diminished shared prosperity – defined as the growth in the income of the poorest 40 per cent of a country’s population.

Average global shared prosperity is estimated to stagnate or even contract over 2019-2021 due to the reduced growth in average incomes. The deceleration in economic activity intensified by the pandemic is likely to hit the poorest people especially hard, and this could lead to even lower shared prosperity indicators in coming years.

The prospect of less inclusive growth is a clear reversal from previous trends. Shared prosperity increased in 74 of 91 economies for which data was available in the period 2012-2017, meaning that growth was inclusive and the incomes of the poorest 40 per cent of the population grew.

In 53 of those countries, growth benefited the poorest more than the entire population. Average global shared prosperity (growth in the incomes of the bottom 40 per cent) was 2.3 per cent for 2012-2017. This suggests that without policy actions, the COVID-19 crisis may trigger cycles of higher income inequality, lower social mobility among the vulnerable, and lower resilience to future shocks.

The report calls for collective action to ensure years of progress in poverty reduction are not erased, and that efforts to confront poverty caused by COVID-19 also face threats that disproportionally impact the world’s poor at the same time, particularly conflict and climate change.