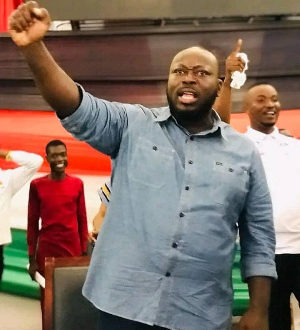 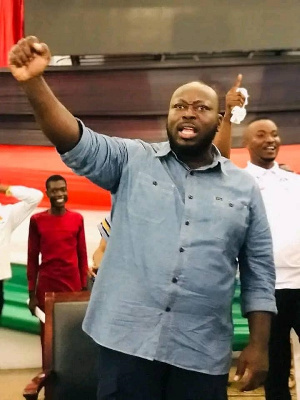 The High Court in Amasaman has ordered the National Democratic Congress (NDC) not to swear in George Opare Addo, who was re-elected as the party’s National Youth Organiser at the party’s women and youth election on Saturday, December 16, 2022.

This is after the court granted an application for an interim injunction against the NDC Congress Planning Committee Chairman, Alex Segbefia; the NDC Acting Director of Elections, Daniel Amartey; the Electoral Commission and George Opare Addo, restraining them and their agents from swearing in George Opare Addo as the National Youth Organizer of the NDC.

The court indicated that George Opare Addo has also been restrained from holding himself as National Youth Organizer-elect of the NDC.

The court’s ruling comes after it heard an application for interim injunction brought by Yaw Brogya Genfi, a contestant in the just-ended National Youth Organizer election of the NDC; the TEIN President of UPSA, Ibrahim Rashid and TEIN President for the University of Ghana, Legon, Paul Amaldago, who are challenging the legality of George Opare Addo’s election on the grounds of the violation of two expressed orders of the High Court.

Brogya Genfi and the other Plaintiffs filed a Writ of Summons, seeking the annulment of the just-ended National Youth Organizer election on the basis that 22 TEIN delegates who by the expressed orders of the High Court were supposed to vote in the elections, were excluded and/or prevented from participating in the elections.

They added that 17 persons who were not supposed to participate in the elections were rather allowed to vote.

The plaintiffs argue that given the difference in votes between the two candidates (25 votes), the illegalities and infractions are significant enough to affect the outcome of the elections.