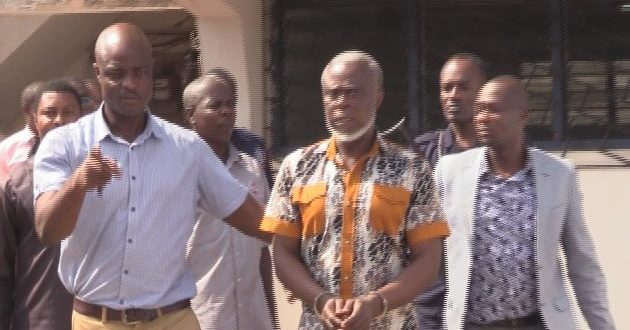 The Commercial Division of the Accra High Court has said members of the jury are not ready for the court to empanel it which will see the commencement of the trial of the 10 persons who have been held for an alleged coup plot.

In court for the first time in the new legal year on Thursday when the case was called, Hilda Craig, Senior State Attorney told the court that the business of the day was to empanel the jury.

This was after she informed the court that prosecution has complied with the court’s order for them to serve the accused persons with disclosure documents.

She said the documents were filed on September 23, 2020 but some of the lawyers of the defence team said they were yet to receive their copies.

But the court presided over by Justice Samuel Asiedu, Justice of the Court of Appeal sitting with the additional responsibility of a High Court judge in response to the business of the day regarding empanelling of the jury said the registrar of the court has informed the court that, members of the jury are not ready.

According to the court, letters have been served on various organizations to get their members ready but they are now responding to those letters.

The court, therefore, adjourned the case to November 20, 2020 hoping that members of the jury would be ready for it to be empanelled.

The court has also directed prosecution to ensure that all lawyers are served with the disclosure documents to enable them to prepare before the next court date.

Meanwhile, lawyers of Esther Saan, the only female among the 10 accused persons would on October 22, move a motion for bail variation.

The Assistant Commissioner of Police (ACP) Benjamin Agodzor, Dr Frederick Yao Mac Palm, and eight others who have been held for allegedly plotting to distabilise the state have pleaded not guilty to six charges.

ACP Benjamin Agodzor, and Dr Mac Palm, the man accused of masterminding the alleged plot; together with eight others have been slapped with six separate charges including treason felony.

Col Gameli and ACP Dr Agordzo have been charged with abetment to treason felony.

The Commercial Division of the Accra High Court presided over by Justice Samuel Asiedu however served an indication that, “when I start the trial, it will be on a daily basis (Monday, Tuesday, Wednesday Thursday and Fridays).

The Court also ordered the registrar of the court to serve a trial warrant on the prison authorities to produce the accused persons to court if they could not meet their bail conditions.