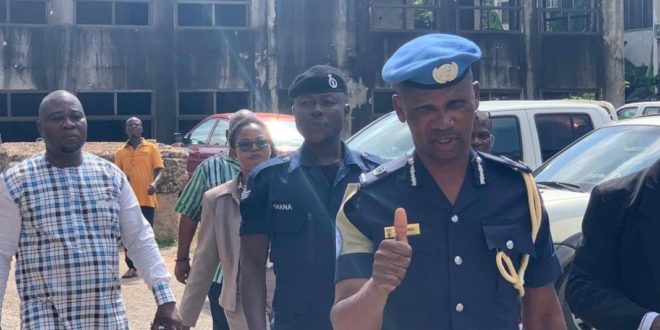 The Commercial Division of the Accra High Court is expected to commence the trial in which Assistant Commissioner of Police (ACP) Benjamin Agodzor, Dr Frederick Yaw Mac-Palm and eight others are standing trial for alleged treason.

At the last Court sitting, a seven-member team of jurors were empanelled to assist the Commercial Division of the Accra High Court to conduct the trial.

The court presided over by Justice Samuel Asiedu, Justice of the Court of Appeal sitting with additional responsibility as a High Court judge empanelled the jury which paves the way for the trial to commence today.

A total of 15 persons who were seconded from their various organizations to serve as jurors had their names mentioned in court but eight of them were rejected by the accused persons in the process leading up to the empanelling of the seven as required by the law for the case to start.

The Prosecution led by Hilda Craig, Senior State Attorney in her opening address to the court said ACP Agodzor, Dr Frederick Yao Mac Palm and eight others who have been held for allegedly plotting to destabilise the state.

According to her, ACP Agodzor, and Dr Mac Palm, the man accused of masterminding the alleged plot; together with eight others have been slapped with six separate charges including treason felony.

State to rely on on19 witnesses

She said the prosecution will be calling 19 witnesses and they will also rely on documentaries, audio recordings and exhibition to prove their charges.

She told the court that, Col Gameli and ACP Dr Agordzo will face the charge of abetment to treason felony.

So far, ACP Agodzor, WO11 Esther Saan, Col Gameli, and Donya Kafui have been able to meet their bail conditions. While the remaining six are still in custody.

The prosecution is expected to call the first of the 19 witnesses it will call to give evidence today.