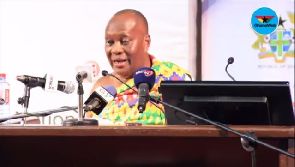 Council of State to meet Akufo-Addo over import duties, taxes

The Council of State will meet the President, Nana Addo Dankwa Akufo-Addo, this week to present its recommendations on demands for a review of import duties and taxes. Some traders unions, including the Ghana Union of Traders Associations (GUTA), have petitioned the state to intervene to review taxes and duties on imported items because they are too high.

Following the petition, the Council of State moved into action with consultations with various stakeholders to enable it to provide an informed advice on the issue.

The council has since been holding discussions with a number of stakeholders, including the Minister of Trade and Industry, Mr Alan Kyerematen, and the Commissioner of the Customs Division of the Ghana Revenue Authority (GRA), Mr Isaac Crentsil.

Last Friday, the council met the Minister of Finance, Mr Ken Ofori-Atta, and the leadership of GUTA, bringing the month-long consultative exercise to an end.

“The council thus interacted with the leadership of GUTA; the Minister of Finance, Mr Ken Ofori-Atta, and high-ranking officials of the ministry. This concludes the stakeholder consultations the council started about a month ago,” a release from the council, which was copied to the Daily Graphic, said.

It expressed its commitment to intervene in the issue of high duties and taxes on imported goods into the country within the framework of the government’s need to raise more revenue for development in a win-win fashion.

It also abolished duty on the importation of spare parts and the one per cent special import levy introduced in July 2013 and charged on the cost, insurance and freight (CIF) value of some specified goods.

The government has, however, introduced some reforms at the ports, including the deepening of the digitisation of the clearing system to seal the loopholes.