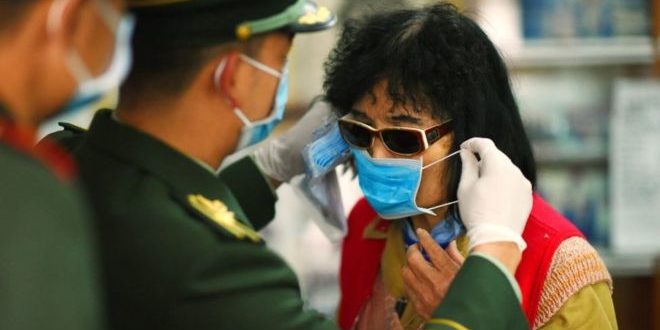 Hong Kong has begun a mandatory quarantine of two weeks for anyone arriving from mainland China, in fresh efforts to contain the new coronavirus.

Visitors must isolate themselves in hotel rooms or go to government-run centres, while returning Hong Kong residents must stay inside their homes.

Anyone caught flouting the new rules faces a fine and a prison sentence.

Tens of thousands of travellers queued at the Chinese border city of Shenzhen ahead of the midnight deadline.

Outside China, 270 cases have been confirmed in at least 25 countries, with one other fatality – in the Philippines.

Meanwhile, another 41 people on a quarantined cruise ship off Japan have tested positive for the coronavirus, bringing the total number of cases on board to 61.

There was some positive news on Friday when the World Health Organization (WHO) said there had been fewer reported infections in China in the past two days. However, director-general Tedros Adhanom Ghebreyesus cautioned against reading too much into those figures.

He also told reporters that the outbreak had caused a global shortage of protective medical equipment such as gowns, masks and gloves.

“When supply is short, and demand is high then there could be bad practices like hoarding in order to sell them at higher prices,” he warned, urging suppliers to “uphold the protection of humanity” rather than looking to increase profits.

The WHO also released new data from 17,000 patients that suggested 82% had a mild form of the disease, with 15% considered severe cases and 3% critical.

For most this is a mild infection

This is the clearest detail we’ve had on the spectrum of disease this coronavirus can cause.

It is good news for most people and emphasises that for more than four-in-five, this is a mild infection.

However, that sheer volume of mild cases raises important questions about stopping this epidemic.

The Sars-coronavirus outbreak was relatively easy to stop because patients were often severely ill and easily identified.

Mild cases – which could be mistaken for any other winter bug – are naturally harder to spot.

What we don’t know is how easily people with mild symptoms can spread the new coronavirus.

If mild cases are capable of sustaining this epidemic, then it will be much harder to contain.

It is also worth remembering we still do not know the true number of cases, with some analysts saying there could be 10 times more than official figures suggest.

What’s the situation in Hong Kong?

The semi-autonomous Chinese territory said the mandatory quarantine on anyone entering from the mainland was intended to reduce the spread of the disease.

Tens of thousands of people usually travel from mainland China to Hong Kong every day, although that number fell in recent weeks after the territory closed many of its border points.

This week, thousands of medical workers have been on strike, calling for the border to be fully closed.

Hong Kong authorities said about 11,000 mainland visitors entered the territory on Thursday, up from 8,760 the day before.

There has been widespread anger and grief across China over the death of a doctor who tried to warn about the new coronavirus.

Li Wenliang died after contracting the virus while treating patients in Wuhan – the city in Hubei province that is at the epicentre of the outbreak.

In December he sent a message to fellow medics warning of a virus he thought looked like Sars – another deadly coronavirus. But he was told by police to “stop making false comments” and was investigated for “spreading rumours”.

Analysts say it is hard to recall an event in recent years that has triggered as much online grief, rage and mistrust against the Chinese government.

China’s leadership had already faced accusations of downplaying the severity of the virus – and initially trying to keep it secret.

The government has admitted “shortcomings and deficiencies” in its response to the virus, which has now killed 636 people and infected 31,198 in mainland China.

What is the latest on the coronavirus?

Chinese President Xi Jinping has told his US counterpart Donald Trump that China is “fully confident and capable of defeating the epidemic”. The country has introduced more restrictive measures to try to control the outbreak: