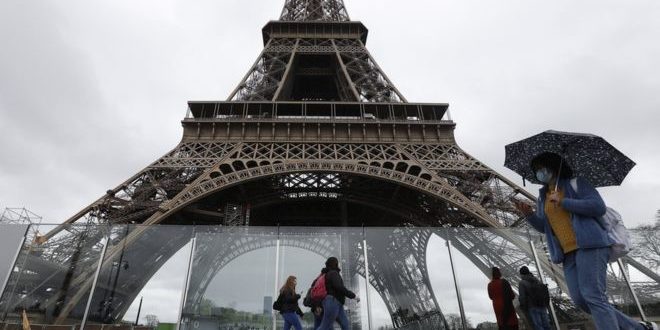 France has ordered the closure of all non-essential places used by the public from midnight (23:00 GMT Saturday) as the coronavirus outbreak spreads.

PM Edouard Philippe said the number of people in intensive care was growing and earlier guidelines for the public were being ignored.

Spain has confirmed a 15-day lockdown as part of emergency measures.

With 191 deaths and 6,046 infections, Spain is the worst-hit country in Europe after Italy.

Rome declared a nationwide lockdown on Monday. More than 1,440 people have died in Italy.

Meanwhile the US is to extend its European coronavirus travel ban to include the UK and Republic of Ireland. The ban will begin at midnight EST on Monday (04:00 GMT Tuesday), Vice-President Mike Pence announced.

On Friday, the World Health Organization (WHO) said Europe was now the “epicentre” of the pandemic. Its head Dr Tedros Adhanom Ghebreyesus urged countries to use aggressive measures, community mobilisation and social distancing to save lives.

What does the French shutdown entail?

The measure applies to restaurants, cafes, cinemas and nightclubs as well as non-essential businesses.

It would not, Mr Philippe said, affect essential businesses which he listed as food shops, chemists, banks, tobacco shops and petrol stations.

“The best way to slow down the epidemic”, he said, was “social distancing”.

“I say this gravely – we must all together show greater discipline in the application of these measures,” Mr Philippe added.

However local elections due on Sunday would also still go ahead. he said. Religious buildings would remain open but gatherings and ceremonies should be postponed.

The BBC’s Paris correspondent Hugh Schofield says the measures amount to a dramatic ratcheting up of the French response reflecting growing alarm at the fast spread of the virus.

What is happening in Spain?

After a lengthy meeting of the country’s government cabinet, Spanish Prime minister Pedro Sánchez said a partial lockdown would be in place across the country, with the armed forces on standby to assist with relief efforts.

All shops will be forced to close, except for those selling food and other basic necessities.

There will also be a reduction in medium-distance rail traffic to stem the spread of people around the country, and economic measures to support businesses and workers.

Mr Sánchez said the state of emergency could be extended with congressional approval.

Authorities recorded 1,800 more cases since Friday evening – many in the capital Madrid.

This will be the second state of emergency in the country since the transition to democracy began in 1975, the first being a 2010 air traffic controllers’ strike.