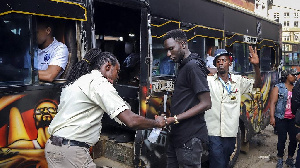 The coronavirus was confirmed in the Chinese city of Wuhan on January 7, 2020. Cases have since been confirmed in over 80 countries across the globe.

The World Health Organisation, WHO, has since declared it a public health emergency of international dimensions. WHO chief Tedros Ghebereyesus said whiles China had a robust health system to detect and control, his outfit remained concerned about the virus entering country’s with weak systems.

Almost all African governments have publicly put in place strict screening at points of entry especially airports. Cases of coronavirus have been confirmed in Algeria, Tunisia, Morocco, Egypt, Senegal and Nigeria. African airlines have cancelled scheduled flights to China except for Ethiopian Airlines.

Rwanda announced has confirmed four more cases bring its total to five after the index case was reported on Saturday. The cases involved three Rwandans and a Ugandan.

In Kenya, president Uhuru Kenyatta disclosed at a press conference on Sunday that two new cases had been confirmed. Government announced a raft of measures including ban on public gatherings.

Senegal’s Health Ministry in its daily updates disclosed that two cases had been confirmed bringing the total number of cases to 26 out of which two have recovered and the remaining still undergoing treatment.

Ethiopian authorities said contact tracing associated with the index case led to 117 persons out of which three tested positive. They are two Japanese and an Ethiopian. The index patient was a Japanese.