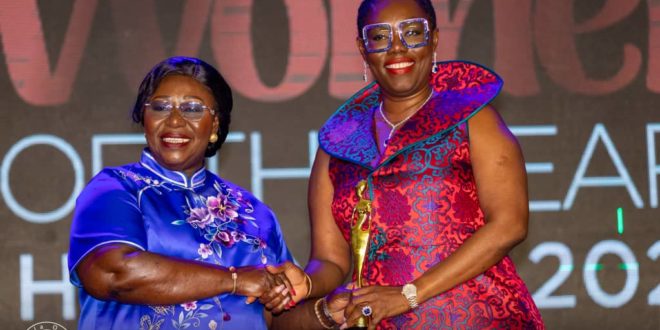 The Minister for Communication and Digitalisatinon, Hon. Ursula Owusu-Ekuful has been awarded with Excellence in Governance award for her leadership in championing gender representation in politics, education and Entrepreneurship at the 7th Annual Ghana Women of Year Honours, held today, 7th August 2022 at the Kenpiski, in Accra.

The event which was organised by Glitz Africa Care Foundation sought to acknowledge and Celebrate outstanding women legends for making the professional impact on the society to advance national development.

The annual even also serves as a platform to encourage, mentor, support and empower the younger generation especially women to continue to excel and strive higher towards excellence in their chosen careers for the prosperity of themselves and the country at large.

Other honourees for included the Managing Director of First Africa Group Limited, Mrs Gifty Affenyi Dadzie, who was honoured with the Lifetime Achievement Award. 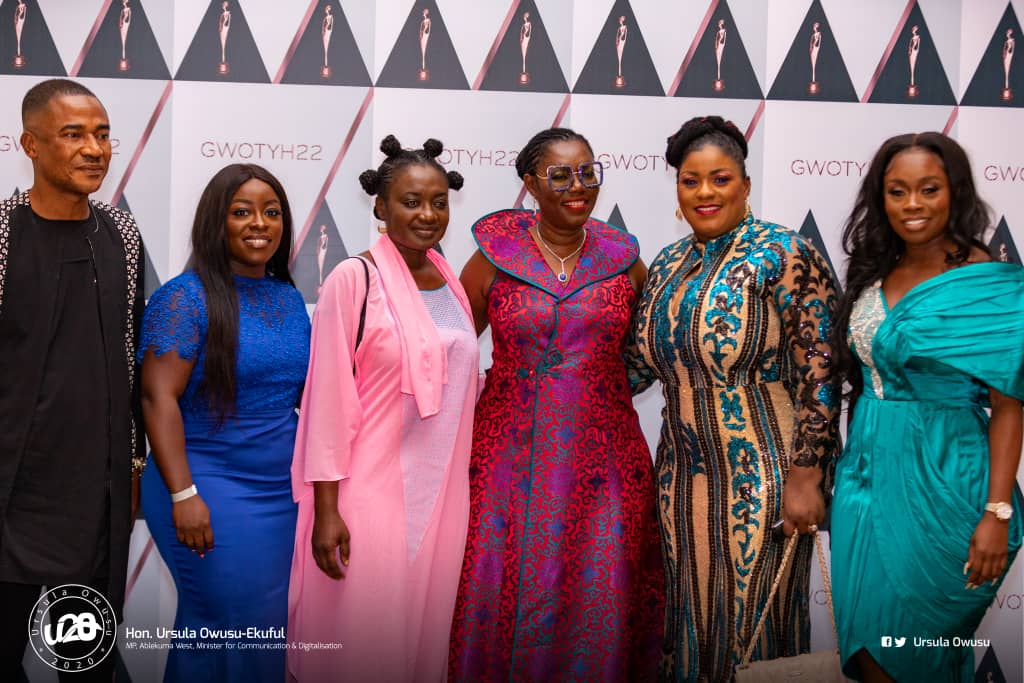 The Honourable Chief of Staff, Mrs. Frema Osei-Opare, in her congratulatory message commended all the nominees for working hard to make the country a better place.

According to her, it was important for women to inspire and encourage one another to excel higher in their professional endeavours.

Mrs. Ursula Owusu-Ekuful in her brief remarks expressed gratitude to Glitz Africa Ghana Women of the Year Honours event for the recognition of her contributions to women and girls empowerment in the country.

She advocates that women representation in all social spheres was all important to her, and that she would continue to mentor and encourage women and girls to take all opportunities presented.

She mentioned that the Girls-In-ICT programme under the ministry was one initiative that seeks to provide computer literacy and digital skills for girls at early stage to take interest in technology and innovation space by building a career path to become globally competitive .

As part of this year’s awards, Glitz Women of Year Honours intends to embark on campaign dubbed stop domestic violence in marriages.

Previous Man inflicts cutlass wounds on co-worker for giving his fiancée, child GHC20 for food
Next A/R: Mamponteng Chief angry with government over lack of development