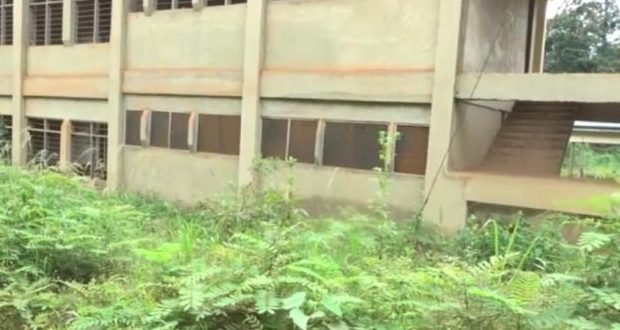 Authorities at the St. Hubert Seminary Senior High School in Kumasi are calling on the government to as a matter of urgency address structural defects associated with a recently completed 12-unit classroom block, which poses serious danger to students and teachers.

Established in 1970, St. Hubert Seminary Senior High School, which was run by the Catholic Church since its inception, was absorbed by the government in 2005 and has since been under the management of the Ghana Education Service. 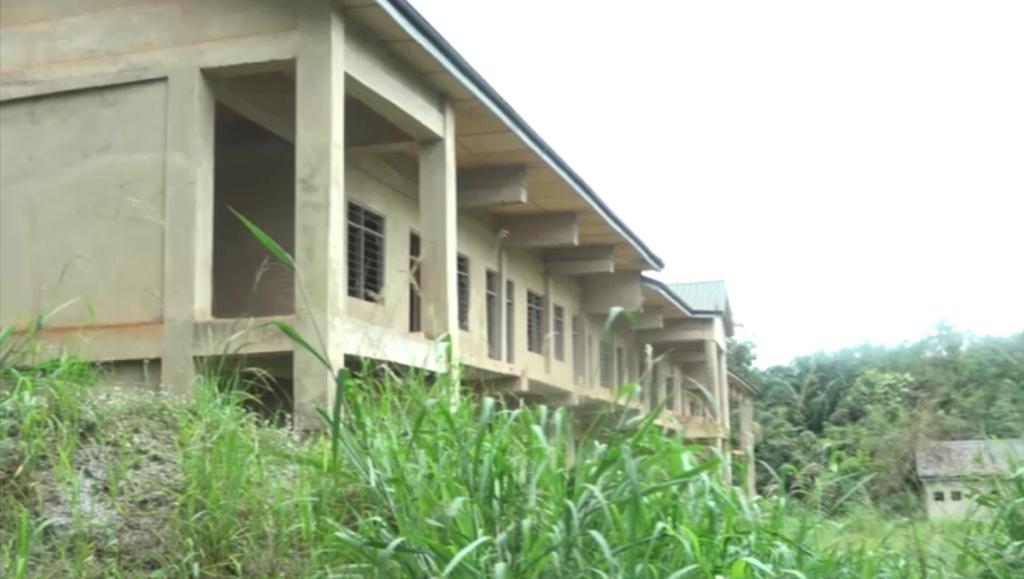 The school heaved a sigh of relief when the construction of a 12-unit classroom block and a dormitory project began in 2014.

Their excitement was however short-lived as the dormitory project was abandoned in 2016 and the contractors handed over the 12-unit classroom block project for use the same year.

Shortly after using the newly completed classroom block, the students and teachers realized some parts of the building were falling off, and they fear it could collapse any time soon.

Visible cracks have developed in the building.

The headmaster of the school, Eric Kyei tells Citi News, experts have advised them to stop using the facility but due to the infrastructural deficit facing the school, they have been compelled to use part of the building and have cordoned off some parts.

According to the headmaster, several reports have been sent to relevant authorities but no action has been taken.

The school’s board at its last meeting resolved that henceforth, it will not admit form one students until the infrastructural challenge is addressed. The school’s current population stands at 1650.

“It is a 12-unit classroom block which can take about 500 students at a go. But because of its structural defects, we can’t use all. At the moment, we are using about seven classrooms. Even the seven that we are using, we are risking the lives of the students in the sense that, anything at all can happen. When you walk on it, you will feel that there are some problems and for this reason, we are appealing that stakeholders should come to our aid and build a new 12 unit classroom block so we pull all the students out and leave this block. As at now, there is nothing that we can do because we have nowhere to put the students. So the classrooms that we are using, it’s risky and we’ve been advised by the board and also the minister (of education) that we should take all the students out. For this reason, the board has even advised that, during the next admission, if nothing is done, we shouldn’t admit students,” the headmaster of the school stated. 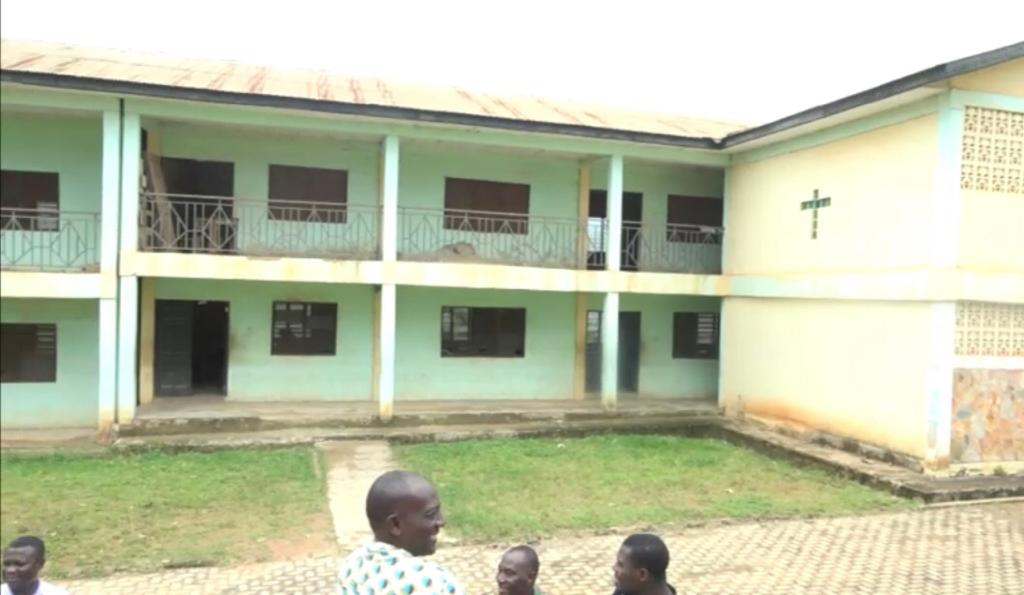 He tells Citi News the school’s authorities have over the years written a lot of letters to the relevant authorities on the issue but the situation remains the same.

“I came here in 2019. When I came, my predecessors had already written letters to the minister. A lot of letters have been written to Accra, we’ve been to the regional but as we speak, nothing has been done,” the headmaster, Eric Kyei added.

The headmaster has also been highlighting other infrastructural challenges facing the school which he wants addressed.

“The main challenge with infrastructure is that we have problems with classrooms, then dormitory and staff bungalow (staff accommodation). At the moment, we have only four teachers staying on campus plus two assistants and Reverend Fathers. So, we don’t have staff accommodation. Even the headmaster doesn’t have accommodation. I stay outside. In addition to this, the dinning hall is too small. Apart from that, we have challenges with sanitation in terms of toilet facilities and also, we have a problem with water systems. With all these challenges, we need assistance so that we can have a smooth running of the school”. 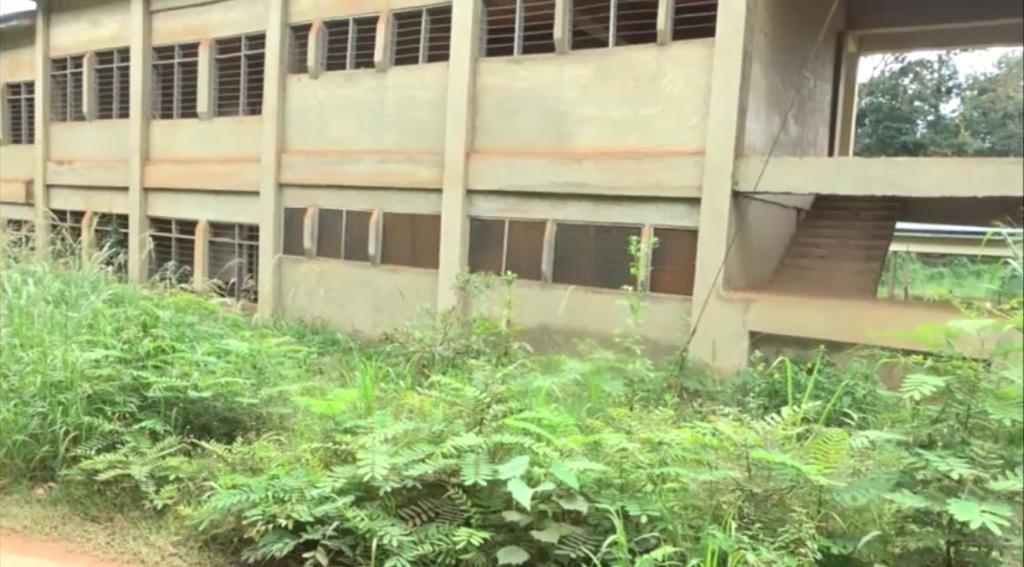 The Headmaster made these remarks when the mayor of Kumasi visited the school.

The mayor, Samuel Pyne attributed the structural defects on the 12 unit classroom block to poor work done by the contractor.

He however tells Citi News that his outfit will work to ensure the matter is given the necessary attention it deserves.