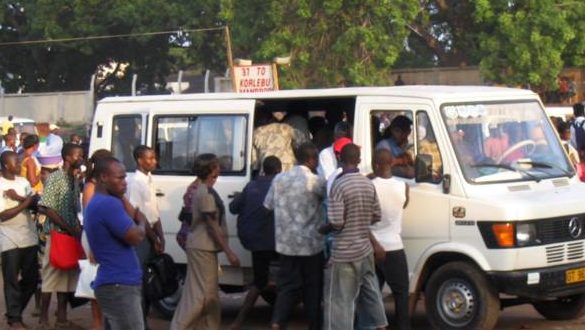 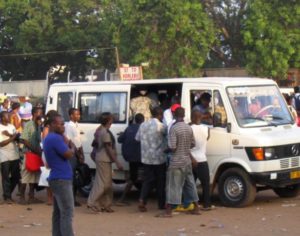 The Ghana Private Road Transport Union (GPRTU) has urged Ghanaians to be grateful for the 13 percent increment in transport fares.

According to the union, other transport unions had proposed a thirty percent increment instead.

The GPRTU and Road Transport Coordinating Council announced an increment in transport fares on Wednesday, which will be in effect from Saturday, June 5.

This followed weeks of negotiations over hikes in fuel prices.

The revised fare has affected the operations of the intra-city transport operators popularly known as trotro. Passengers have complained about the hardship it will bring.

Some Ghanaians told Starr News the increment would make life difficult for them.

They lamented the new fare would cause an increase in commodities among others.

“Once transportation is increased, it goes to the ordinary commodities and the prices would also shoot up and that’s going to make life very difficult,” some Ghanaians said.

Another commuter said “do they want to kill us? Why? When they have not increased our salaries. Salaries have not been increased. The economy is so bad. People are not buying, I mean nothing is working in this economy, at the end of the day, what have they put in place for us to be able to receive that money and payback.”

But communications officer for the GPRTU Abass Ibrahim Moro said the union must rather be applauded for increasing fares by only 13% percent.

According to Abass Ibrahim Moro “I thought they were even going to clap for us.”

“In the country where you heard our other colleagues even came up with 30%, we asked them to take it easy, they really listened to us. We started buying this current price of fuel for some time now and we are not making any money, we are running at a loss.”

He added “even look, we are not happy with 13% but we said yes, everything is hard. I’m very happy they have admitted this. We are suffering more than them so that 13% that is agreed on we even came to compromise with the government.”

Tags 13 clap fares FOR INCREMENT on TRANSPORT us