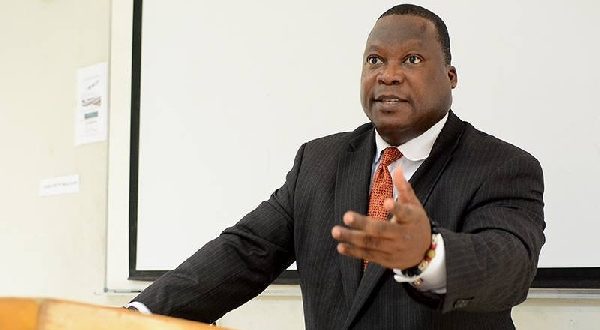 Philip Addison, a leading lawyer for the governing New Patriotic Party (NPP) is under investigation by the Criminal Investigative Department (CID) for his alleged role in defrauding a gaming company.

In a letter signed by the first directors of Merlin Gaming Ghana Limited, Eric Gbeho and Peter Nkegbe on Monday, they told the police that the renowned lawyer was involved in a conspiracy to defraud them.

Mr Addison, who marvelled the country during the 2012 election petition, is accused by the two for “his false impersonation as a company officer and for the aiding and abetting role that he played in assisting his client, one Frank Techie-Menson in committing various acts of forgery with the intent to defraud the company.”

Narrating the sequence of events, Mr Gbeho said on December 18, last year, he lodged a complaint with the CID against Mr Techie-Menson “for fraud and forgery of our company and public documents.”

The complaints have also accused Mr Addison’s client of “committing a fraud on the company and its bankers (Stanbic Bank Ghana Limited, Airport City branch) when he presented to them a false document purporting to be a resolution the directors at the company passed at a directors meeting.”

The two directors said their complaint of the two-time failed Klottey Korley parliamentary aspirant is that “he presented to the bank the false board resolution, which he signed claiming falsely that it had bee passed at a directors meeting, and fraudulently misrepresenting that he had been appointed by the company on that day.

“In truth and in fact, no board meeting was ever called, convened or held by the directors of the company on that day, December 19, 2018.”

According to the directors, Mr Addison falsely presented the “fraudulent document” to the legal department of the bank on March 11, 2019.

He subsequently, relied on it to “fraudulently represent that he had been appointed as the new signatory to the Bank Accounts of Merlin Gaming Ghana Limited when he had not been and no such appointment has ever been raised or considered by the board of directors or the body of shareholders of the company.”

The complaints said their bankers reported to them that Mr Addison based on the documents urged them to change their mandates by removing the earlier mandated signatories of the accounts and replacing same with his and his client.

According to them, Mr Addison in his written response to the General Legal Council has corroborated the statements of the bank that he attended a meeting of the company at which he was appointed company secretary and thereby a signatory to the company’s bank accounts.