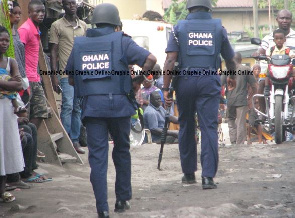 The Northern Regional Police have arrested five persons for their roles in renewed communal clashes between the Chokosis and the Konkombas, this time over a piece of farmland in Saboba in the Northern Region.

The disturbances happened barely 24 hours after President Nana Addo Dankwa Akufo-Addo, who was on a tour of the North East Region, had made a passionate appeal to the feuding factions in the Chereponi area to soften their positions and amicably settle their differences.

According to the police, the first incident occurred last Saturday evening between Chokosis at Nambiri Zongo and residents of a Konkomba community called Tambo, both in the Saboba District in the Northern Region, over a parcel of farmland.