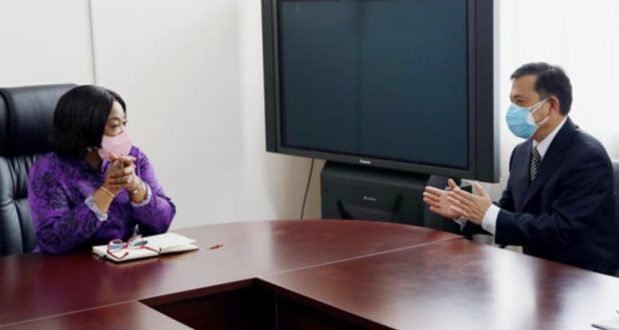 The Chinese Embassy in Ghana has thrown its weight behind the Ghanaian government in the quest to crack down on illegal mining activities popularly called “galamsey” in the country.

According to the Embassy, it is the legitimate right of the government to do so.

It has, thus, asked Chinese citizens in the country to abide by the laws of the land.

“The Chinese government has always requested Chinese citizens overseas to abide by the laws and regulations of the host country, firmly opposes Chinese citizens to engage in any illegal activities in any country, and supports the Ghanaian government to fight against illegal mining according to the law,” it said.

“We respect the Ghanaian side to deal with the relevant case according to the law. We hope the Ghanaian side fully safeguards the legitimate rights and interests of Chinese citizens,” the Embassy said in a press release.

The release comes at the time one Chinese national, Aisha Huang, is being prosecuted for her involvement in ‘galamsey’.

Few days ago, news broke about the re-arrest of the ‘Galamsey’ Kingpin in her residence in Kumasi for her alleged involvement in the sale and purchase of minerals without a license.

The announcement of her re-arrest and return to the country shocked many Ghanaians and has brought back the discourse on the country’s fight against ‘galamsey’.

Aisha and her three accomplices were, on September 2, charged with engaging in the sale and purchase of minerals without a license.

But the Attorney-General, Godfred Yeboah Dame, is set to prosecute her for her past and recent crimes.

Previous Court orders police to investigate 10 TikTok stars over morality
Next This week on #TwitterGhana: Burna Boy & Stonebwoy to headline Afrochella, Apple releases iPhone 14 and 14 plus and many more