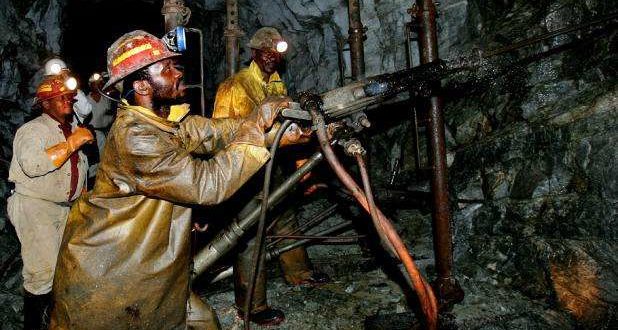 The Chief of Akyem Apampatia, Barima Owusu Akyem Boahene and his elders, have passed a vote of no confidence on a unit committee member, Owusu Okyere for insubordination and unjustifiable criticism of the chief.

They want the removal of the unit committee member from his position.

The demand is contained in a letter written and signed by the Akyem Ampampatiahene Barima Owusu Akyem Boahene copied to the District Chief Executive for the area, the EC and the Assembly member and intercepted by Starr News. 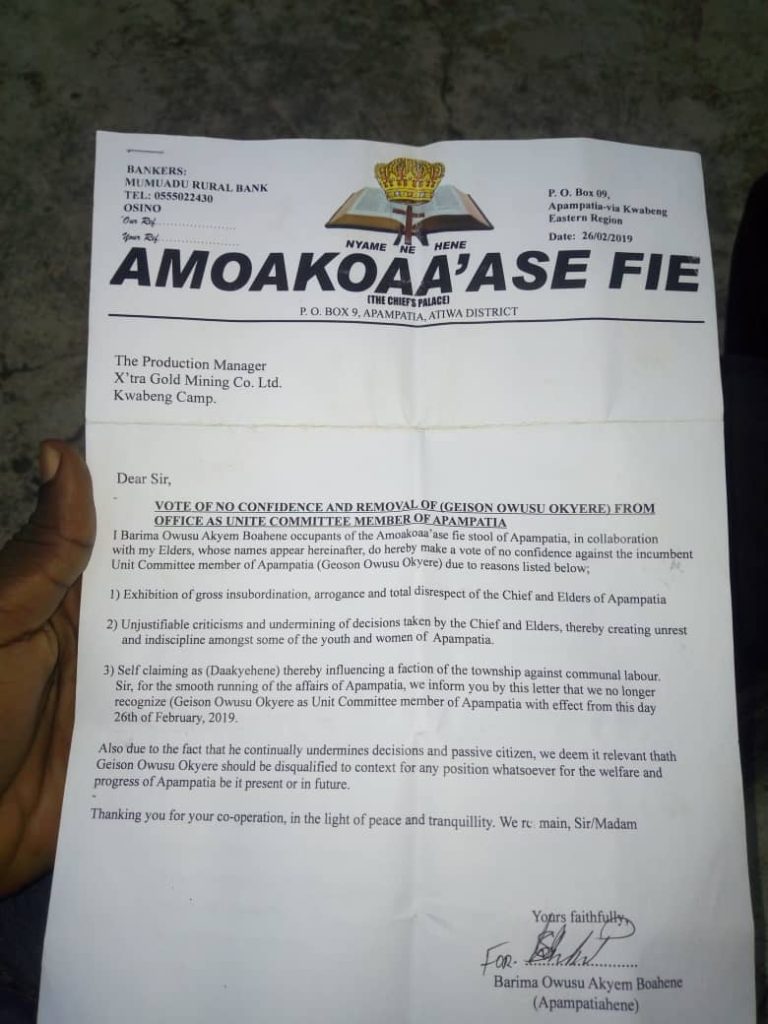 Geoson Owusu Okyere, however, refuted the allegations stating the Chief and his Elders have failed to render an account of the huge amount of monies received from three mining companies who operated in the area.

He said the community is underdeveloped facing challenges of inadequate potable water supply, sanitation and lack of toilet facilities hence a school in the community has been turned into open defecation grounds which the chief has failed to address with royalties received from the mining firms

He said the attempt by the Chief to remove him from office is unconstitutional and a grand scheme to silence his push for accountability.