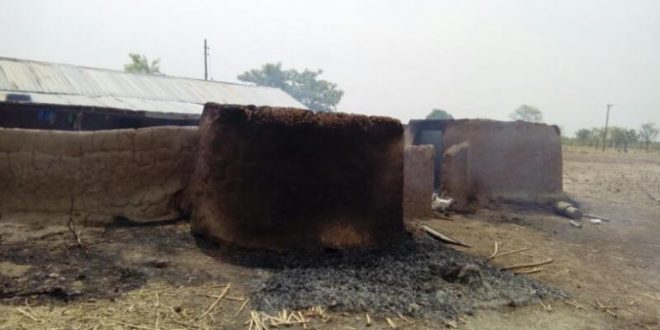 The arrest of five persons in renewed communal land dispute between Konkombas and Anufors in Chereponi in the North east region has triggered more violence Monday dawn.

Two persons were arrested on Saturday when clashes broke out at Naduni and Nambiri in nearby Saboba district and spread overnight to several villages.

By Sunday, more villages had suffered a rash of arson attacks forcing the stationed military police forces to intervene. One village, Koro, was totally destroyed  by attackers and one person hit with a stray bullet and sent to a hospital facility at Mongo in neighbouring Togo.

Three more were arrested at a separate village called Tambo later in the evening and security forces retrieved 73 cartridges and two single barrel guns in total from the five suspects.

An Anufor resident of Sungson, one of the troubled villages, who spoke to Starr News, said several villages near Saboba  had been invaded by armed Konkombas.

He called for immediate security intervention to avert more bloodshed.

“They have circled us just this dawn while it’s raining and we are forced to fight our way out”, Jafaru Inusah said. “More people are going to perish if the soldiers are not here in a matter of hours”.

It is yet unclear how this latest violence sparked but the two rival groups have been fighting intermittently for nearly three years now.

Reports say the violence was renewed after some Anufors were prevented from farming on a contested land at Naduni, the epicenter of the dispute.

At least 20 people have lost their lives thousands forced to flee their homes.