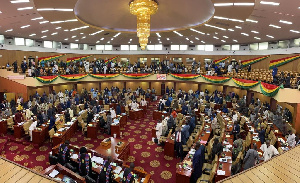 The Parliamentary Select Committee on Defence and Interior is scheduled to invite the Interior, Defence and National Security ministers over the raging conflicts in the northern part of Ghana.Renewed clashes between Chokosis and Konkombas around Chereponi and Saboba in the North East Region has resulted in the death of one person.Scores of residents have fled the area and a number of people have also sustained various degrees of injury amidst burning of houses and destruction of property.After resuming sitting on Tuesday, 28 May 2019 after the Easter break, the leadership of the committee hinted that the clerk of parliament will send invitation letters to the three ministers to meet the legislators within the week to update the house on measures being taken by the government to restore peace to the troubled area.Meanwhile, a team of leaders from the Chokosi and Konkomba ethnic groups led by Defence Minister Dominic Nitiwul has visited the area to appeal to the leaders to cease fire.The Ranking Member of the Defence and Interior Committee, James Agalga had suggested that Mr Nitiwul, who hails from the Konkomba side of the conflict, recuse himself from the mediation.However, the minister insists that his ethnic background has no negative impact on the peace negotiation process.Source: Ghana/ClassFMonline.com