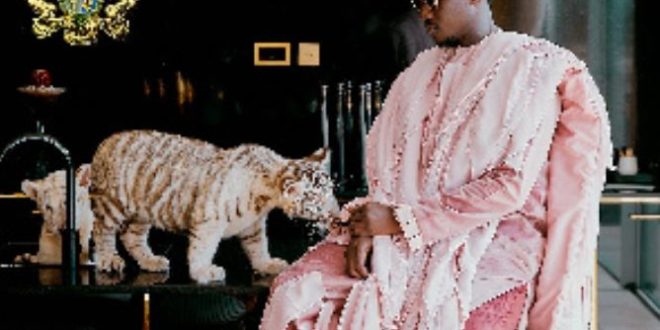 Residents of Wanda World want tigers in the estate removed

Some residents of Wanda World Estates, Avenue Lincoln, have reported living in fear of their safety over the presence of some tigers being housed in the estate by the owner.

According to a Daily Guide report sighted by GhanaWeb, the two tigers are housed in the building of the estate owner, Nana Kwame Bediako, popularly known as Freedom Jacob Caesar alias Cheddar.

The residents told the newspaper that they feel unsafe with the presence of the tigers and have failed in their attempts to have them removed by the owner or the facility’s management.

The residents added that their attempts to have the wild cats evacuated from the facility have always been met with hostile responses.

“The animals stink. Those animals are held inside an apartment with no access to proper fresh air. As soon as the door is open, you sniff a strong unpleasant smell emanating from them,” the newspaper quoted a resident.

Another resident said, “They are opened early in the morning and then sent inside around 10am. They pee and poo on the floor. They also make noise which disturbs our sleep.”

“There are no tranquilisers nor any proper training. In the event of any unfortunate incident, no one knows what would happen to us,” lamented another.

The residents note that they realised the presence of the cubs in November 2021 and believed that they were going to be held in the estate temporary.

“It doesn’t make any sense to have wild animals, tigers for the matter, in an estate in the heart of the city where there is just less than a meter between the houses and also without any proper training and care [for them],” the residents bemoaned.

For the concerned residents, the closest response they received about the matter was a decision by the owner of the cubs to build a structure for the wild predators beside his apartment.

“When we saw them building [the structure], we asked them which institution gave the authorisation for them to put up such structure for the animals in a residential area.

The newspaper stated that efforts by the residents to report the matter to the Ghana Wildlife Society did not receive any positive feedback.

This, according to the residents, is in spite of officials from the society reportedly visiting the residence of Nana Bediako on Sunday, May 15, 2022.