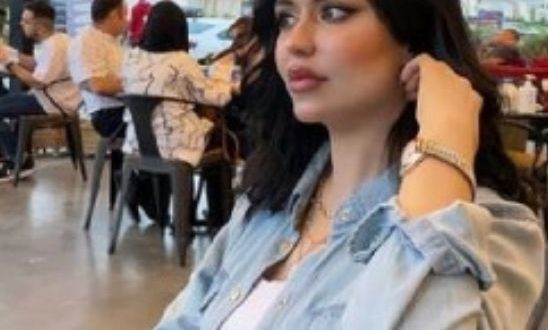 Partey ruled out of the season

Arsenal midfielder, Thomas Partey has been in the news lately with widespread reports of his alleged relationship with a Moroccan lady by name Sarah Bella.

The 28-year-old is reported to have parted with his Ghanaian girlfriend and now in serious relationship with the Moroccan lady who is based in London.

The two stole headlines recently when the lady posted two videos of herself and the Ghanaian midfielder having fun during an Arsenal game.

The two were also seen cruising in a car with C Kay’s ‘love nwantiti’ playing in the background.

A visit to the lady’s page on Instagram indicates that she is a radiologist and has some connection with CAST presumably the Cambridge Academy for Science and Technology.

Speculations indicate that Partey’s association with Sarah Bella might have played a role in his conversion to Islam.

Partey has seen no action since early April when he sustained injury in Arsenal’s game against Crystal Palace.

The midfielder who was in great shape then is unlikely to feature for the Gunners in their remaining two matches.

Arsenal are gunning for a top four finish for the first time in six years with victories against Newcastle and Everton guaranteeing them fourth place finish.

The Gunners will however have to do that without Partey whose season was ravaged by injuries.