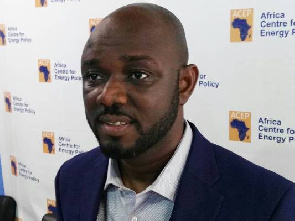 The Africa Centre for Energy Policy (ACEP) has asked Parliament not to approve any Corporate Social Responsibility (CSR) budget for the Ghana National Petroleum Corporation (GNPC) until the 15-year financing window provided in the PRMA has elapsed.

This, according to ACEP, would help free up funds for the corporation to deliver on its core mandate as an upstream oil player.

It also urged parliament not to approve GNPC’s advancement of $250 million to the Ministry of Energy to finance its operations and address energy sector challenges.

ACEP added that Parliament should reject GNPC’s proposal to pre-finance the construction of the Gas Evacuation Enclave Roads for the Ministry of Finance.

It said government should work on its credit worthiness and stop using GNPC as a slush fund to undertake its projects.

ACEP made the suggestion in its recent analysis of GNPC’s work programme for 2019 financial year issued in Accra.

According to the energy think-tank, the proposed precedence of allowing GNPC to annex royalty belonging to the state was dangerous and could deepen inefficiency of the corporation while denying the state the required investment in public expenditure and savings for future generations.

ACEP emphasised that “Parliament should demand a robust plan and timelines for utilising the OCTP Gas to ensure that the payment of $32 million monthly is optimised through full consumption of the contracted volumes from the OCTP fields.

“Parliament should direct GNPC to focus on optimising local gas source to encourage investment in Ghana’s basins. The basis for LNG investments requires strong justification and guarantees that insulate the country from potential debt, resulting from importation of external gas when local gas is un-utilised.”

Furthermore, ACEP nudged parliament to demand that the GNPC provides details of each expenditure item, alongside justifications to allow for careful and informed study ahead of the Mines and Energy Committee’s sitting and subsequent approval of the Corporation’s programme.

Previous R. Kelly accused of sexual abuse by two new women
Next CCIFG and KPMG organised a Business Breakfast on the 2019 Budget