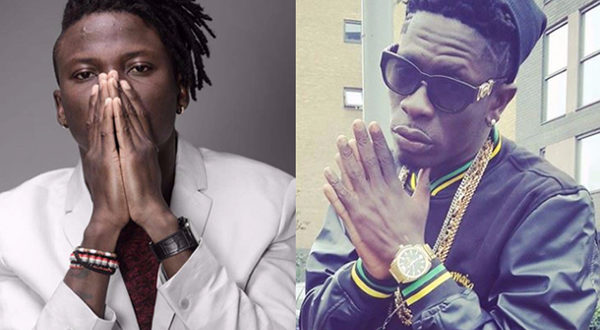 VGMA organiser Charterhouse has banned both Shatta Wale and  Stonebwoy from the awards scheme indefinitely.

The two popular artistes have also been stripped from their awards and are also to return the plaque they won last Saturday.

The decision was announced by Charterhouse Thursday in Accra.

Stonebwoy was seen on national TV pulling a gun on stage during the chaos and had to be restrained by his associates. The stage fracas led to a long hold up of the prestigious event as security struggled to restore order between the two camps.

The chaos broke out at the music fiesta after Shatta Wale stormed the stage while Stonebwoy was receiving his award for emerging the Reggae/Dancehall Artiste of the year for the fifth consecutive time.

Meanwhile the two have been granted police inquiry bail after appearing in court Wednesday over the chaos that disrupted the 20th Vodafone Ghana Music Awards last week.

The two were granted a bail of GHC50,000 with one surety each, following an overnight detainment in police custody on Sunday.

Shatta Wale was charged with offensive conduct conducive to the breach of peace, and Stonebwoy charged with the use of offensive weapon, display of firearm in public, and threat. 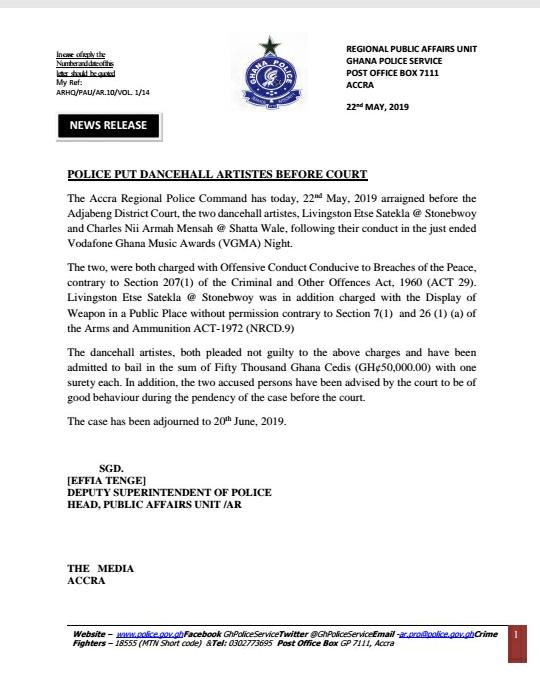 Both musicians appeared before an Accra Magistrate Court presided over by Isaac Addo.