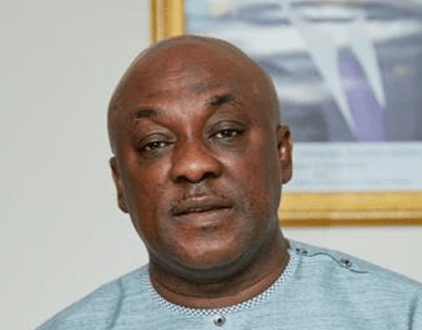 Some interested young people in the Tema West constituency have called for the resignation of Carlos Ahenkorah, Member of Parliament, as the leader of the constituency.

This statement comes after the Tema West MP’s ‘unprofessional conduct’ during the 8th Parliament Speaker’s vote.

In that regard, on Monday, some constituents opened a petition book to gather signatures at different locations in the constituency.

Carlos Ahenkorah was caught snatching ballot papers during live coverage of the inauguration of the 8th Parliament as he sped off to the exit door.

In the meantime, the group indicated that it would compile a petition to Parliament in the days ahead for Carlos Ahenkorah to be removed as a member of parliament.

Some Ghanaians voiced displeasure and concern at the action displayed on 7 January by Parliamentarians.

Several citizens and institutions have also called for several penalties to be imposed on lawmakers for failure to act in accordance with the law.