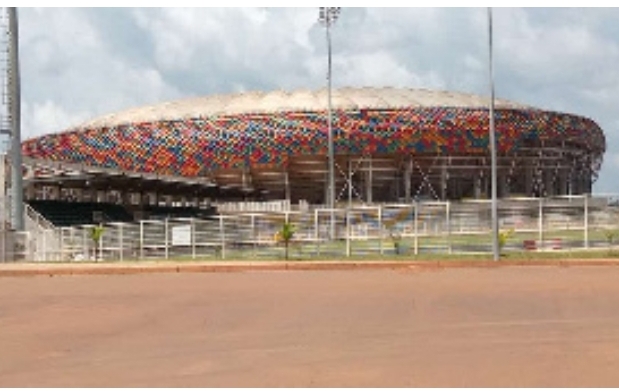 Players for Cameroon have asked federation president Samuel Eto’o if their bonuses for qualifying to the Africa Cup of Nations knockout stages can be donated to the victims of last Monday’s deadly stampede at the Olembe Stadium.

Eight supporters were killed and a further 38 were injured — seven seriously — in a crush outside the stadium’s south entrance ahead of Cameroon’s round-of-16 win over Comoros.

“The Indomitable Lions asked the FECAFOOT president Samuel Eto’o that their bonus of 50,000,000 CFA [$85,585.63 USD, £63,653.93 GBP] for their qualification to the last 16 at the AFCON be given to the victims of the stampede that took place at Olembe on the 24 January,” team spokesman Serge Leopold Guiffo told ESPN.

“The request was made after their quarterfinal match against The Gambia in Douala [on Saturday 29 January] and of course, Eto’o agreed, it’s up to the players what they do with their money.”

Cameroon dedicated Saturday’s 2-0 quarterfinal win over Gambia to the victims of the disaster. The tournament hosts will now return to the Olembe to face Egypt in a semifinal match on Thursday.

Burkina Faso and Senegal face off in the other semifinal at the Ahidjo Stadium the day prior on Wednesday. The final, also set for the Olembe, will be on Sunday.

The Confederation of African Football (CAF) confirmed on Sunday that, after a hearing into the causes and circumstances around the crush, they had received the necessary assurances that additional safety measures would be implemented.

The CAF had previously withdrawn a quarterfinal match scheduled for the 60,000-capacity stadium, located on the outskirts of the capital of Yaounde, and moved it to Ahidjo Stadium in city’s centre.

Cameroon president Paul Biya announced last Tuesday after the stampede that the government would launch their own enquiry into the causes of the disaster, with the country’s sports minister Narcisse Mouelle Kombi sharing some details of their findings on Friday.

Kombi told reporters that a “massive and late influx of supporters and spectators … caused the crush,” according to the government’s findings, and that the door at the south entrance was “temporarily closed by police in the face of a surge of spectators while other doors were operation.”

He added that “security forces subsequently “proceeded in a reckless manner to open the gate at the South Entrance, causing the stampede.”

The Olembe has been capped at 80% capacity (48,000 spectators) for Cameroon’s fixtures during the competition in light of the coronavirus pandemic, with restrictions implemented in order to curb the spread of COVID-19.

Previous Chris Hughton: All you need to know about Irish-Ghanaian football coach
Next Gabon’s Aubameyang joins Barcelona amid ‘bitter’ exit from Arsenal