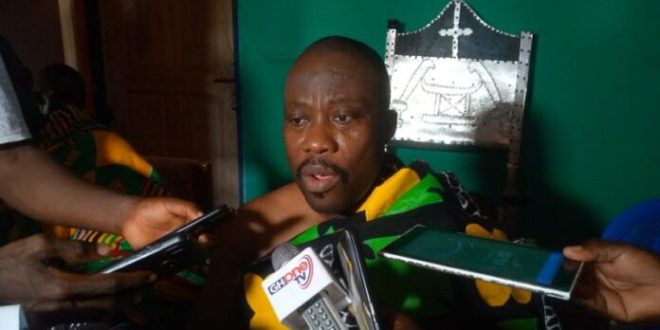 The Odikro of Yamoransa who also doubles as the Obaatan of Nkusukum Traditional Council in the Mfantseman Municipality of the Central Region, Nana Beenyi III has raised lamented how drug addicts have taken over the Mankessim market, one of the biggest Market centers in the Central Region.

According to the Chief, the level at which armed robbers and drug addicts have taken over the Mankessim market is beyond his understanding.

He said the rampant killing of people in the Mfantseman Municipality is very worrying and tarnishing the image of the area.

He is therefore charging the Security Officers in the Mfantseman Municipality to beef up security to ensure that law-abiding residents go about their activities safely and in peace.

“We always get reports of unscrupulous persons snatching peoples bags, properties, murdering people, particularly in the Mankessim market which police must act immediately to stop the development.