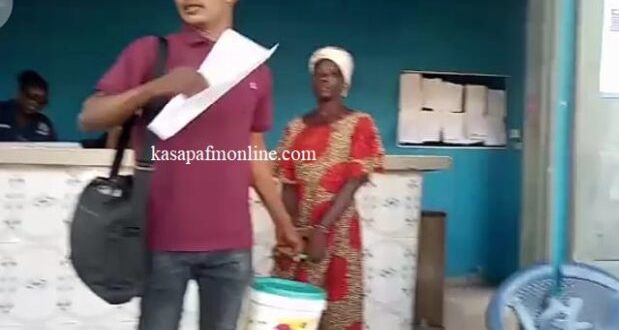 A 50-year-old woman has been busted for stealing a two-year-old child at Mankessim in the Central Region.

Information gathered by GHONE News Yaw Boagyan indicates that the suspect went and sat on a margarine rubber bucket behind the victim’s house as though she was waiting for someone as she planned to pounce on the innocent child and steal her.

As the little girl came out of her house at the blind side of her mother who was feeding her two-month-old baby, the suspect grabbed her and forcefully pushed her into the bucket.

The suspect then carried the bucket on her head and began to hurriedly move away.

An eyewitness who was suspicious of the suspect and hence was monitoring her said she immediately raised an alarm drawing the attention of more people who gave the suspect a chase.

As the suspect was being pursued, luck eluded her and she fell into a ditch which allowed the residents to arrest her and hand her over to the police.

The suspect is in the custody of the Mankessim Divisional Police Command assisting investigation.